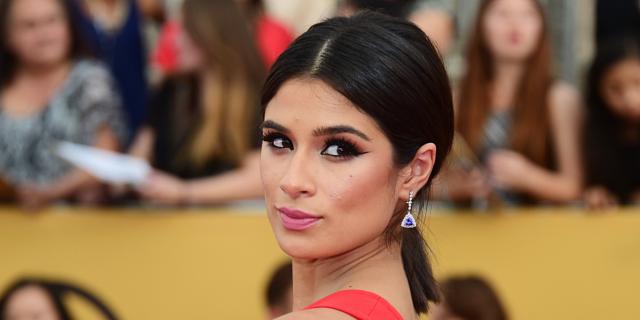 Diane Guerrero has joined the DC streaming service original show Doom Patrol in the role of  Crazy Jane, reports Deadline. Crazy Jane is an unstable heroine with 64 different personalities, each one with a different power.  Guerrero most recently finished a stint on Superior Donuts, a CBS comedy that was cancelled after season two. She also had a recurring role on Netflix’s Orange Is The New Black for five seasons, which earned her three SAG Award nominations.

Jeremy Carver is writing the 13-episode adaptation of the classic comic book with Greg Berlanti and Geoff Johns on board as executive producers.  Doom Patrol is set to begin filming at the end of this year for a 2019 release.

April Bowlby has already signed on to reprise her role as Elasti-Woman from Titans. It is unknown at this time if Dwain Murphy or Jake Michaels will be reprising their roles as Negative Man or Robotman, respectively.

It has been confirmed that Bruno Bichir won’t be reprising his role as The Chief, with a new casting call going out a while back (a Revenge of the Fans exclusive) and Kelsey Grammar reportedly in talks for the role.

Speaking of that RTF exclusive, Cyborg will be a regular in the first season of Doom Patrol, with the option to join Titans subsequent seasons.

Do you think the streaming service can prevail among the era of Netflix and Amazon Prime? Did the trailer for Titans get you excited about the level of quality we can seemingly expect from the DC Universe? Sound off in the comments below! It might be a rough start, but with pricing staying low I think it will turn out well.