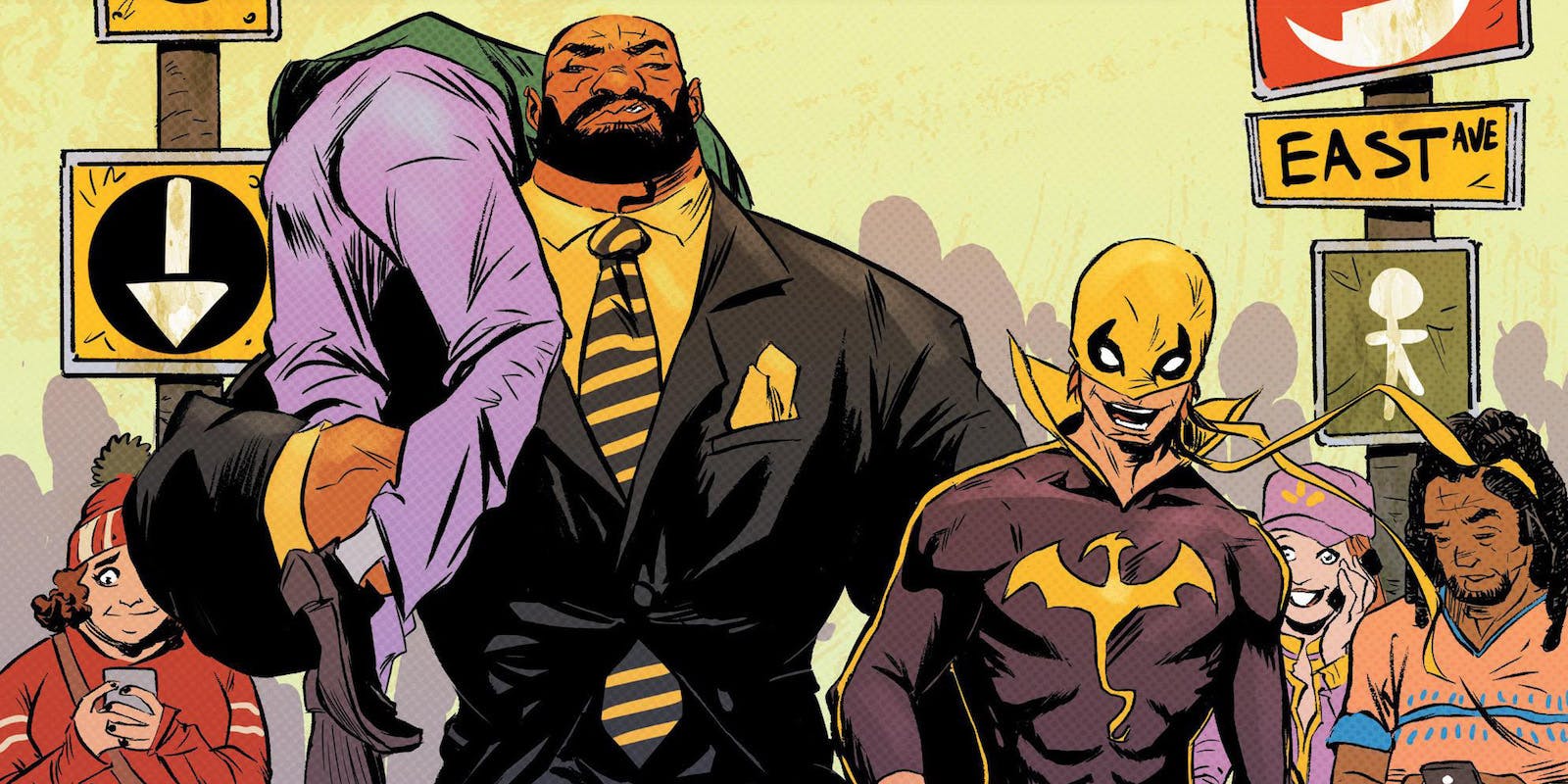 While most fans weren’t exactly in love with the first season of the Marvel/Netflix production Iron Fist, many naysayers were turned around by some of the titular character’s later appearances in that universe. Folks took to the dynamic between Finn Jones’ Danny Rand and Mike Colter’s Luke Cage in The Defenders, and there was also plenty of positive buzz when Rand popped up in Season 2 of Luke Cage. One of the reasons these things got fans excited was that it called to mind their Heroes For Hire team-up in the comic books.

But if you thought the powers-that-be at Marvel/Netflix were going to continue to tease some more Heroes For Hire goodness in the second season of Iron Fist, think again.

According to Jones, we will not be seeing Colter’s Cage pop up when Iron Fist returns to Netflix later this year. When asked about the prospect of that at the Television Critics Association press tour, here’s what he said:

“Well, Mike isn’t in Season Two, unfortunately. I wish he was, I love working with Mike. I hope to see more Heroes for Hire in the future. I think it’s a great pairing, I think Heroes For Hire and Daughters of the Dragon is just gold! So hopefully that will happen later on down the line, but right now we’re just focusing on a true Iron Fist story.”

While that may be a bummer for some of you, the reasoning is sound. Following the dissatisfaction many felt after Iron Fist‘s rookie season, it’s pretty clear that some more work needs to be done to build the character up and make him as compelling as he deserves to be. Bringing in Cage could’ve very well overshadowed the continuation of Danny’s journey.

Still, it sounds like something we could definitely see more of in the future. I, for one, wouldn’t mind if rather than doing third seasons of Luke Cage and Iron Fist, they did a season-long Heroes For Hire team-up.

What do you think of this? Are you bummed?

Next post Geoff Johns Talks About How Important SUPERMAN Is To Hamada And Warner Bros.