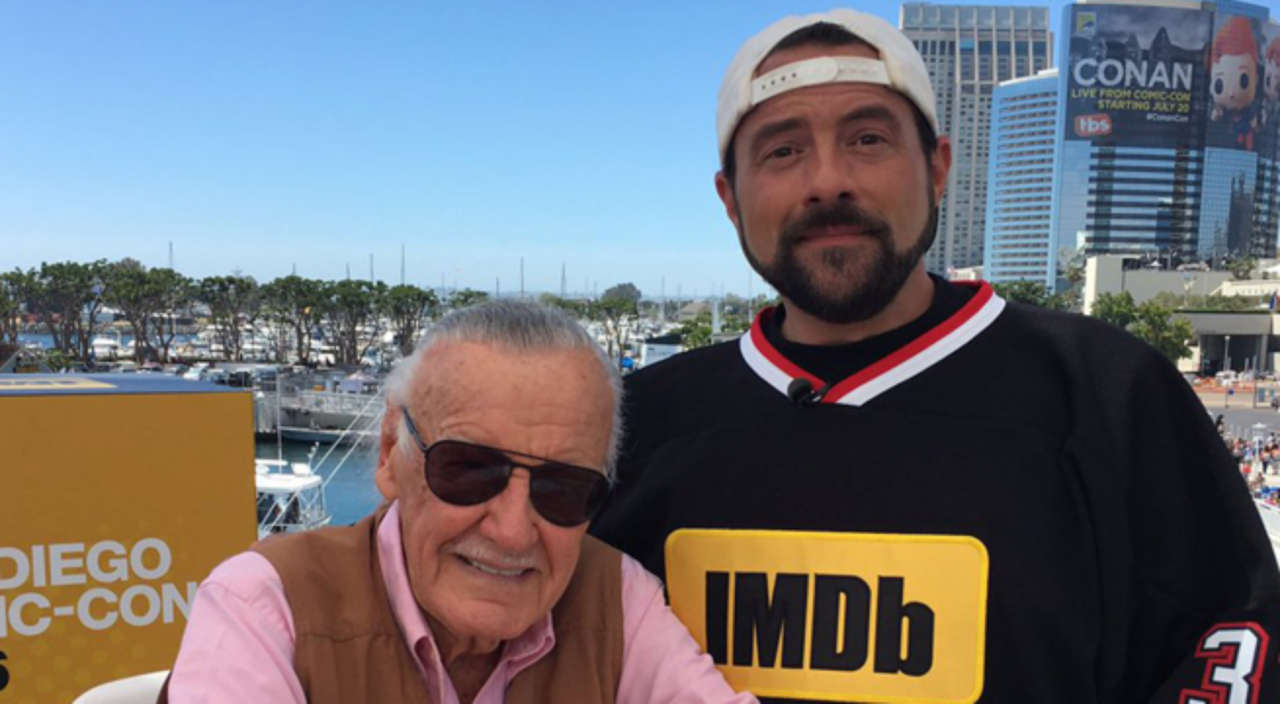 Kevin Smith is making the most of his post heart attack career. He is already booked to direct more episodes of the Arrowverse on the CW, and in November will begin filming Jay and Silent Bob Reboot. But he might have something else up his hockey jersey sleeve.

There was a rumor that Smith was working on a Disney property, which of course could include Marvel or Star Wars. Nothing came of that, until Smith took to social media to drop this information:

Just finished a huge writing gig that I haven’t talked about publicly yet. It’s the most massive IP I’ve ever been allowed to play with and if the powers that be decide to move forward with the project, it would be the biggest budgeted anything I’ve ever done. Wish me luck…

Here is the tweet in plain text in case you can’t see the embedded one:

Just finished a huge writing gig that I haven’t talked about publicly yet. It’s the most massive IP I’ve ever been allowed to play with and if the powers that be decide to move forward with the project, it would be the biggest budgeted anything I’ve ever done. Wish me luck…

My guess is that it is a project for Disney. Smith has been on record saying that he would love to do a remake of Bedknobs and Broomsticks. I could totally see that happening. On the other hand, if he is doing a Marvel movie, film writer and 80s All Over Podcast host Scott Weinberg has a great idea:

Kevin Smith to direct a Howard the Duck remake?

Nah. Just kidding. You believed it though.

He posted that in March of 2017, but people brought it back to the forefront when the Smith rumors came about. It does make a lot of sense. If anyone could pull off an odd wise talking duck, it’s Smith. Smith however, denies that it is anything Marvel or Star Wars.

Easy to deny. The only @starwars or @MarvelStudios movies I’m involved with are the ones I pay to see in theaters. Promise. https://t.co/QmeZ4kAZOh

Still, there is a chance he is lying. If he is being honest, there are still many huge properties, including anything from DC Comics, that it could be. It is worth noting that he didn’t deny Disney, just Marvel and Star Wars. So Bedknobs and Broomsticks is what I am sticking with until I hear otherwise.

Whatever it is, the newly minted Inkpot Award winner is having a career resurgence. We will report back with any news we hear on the subject.

What project do you think Smith is working on? What if it’s another of these Elseworld DC films like Joker?