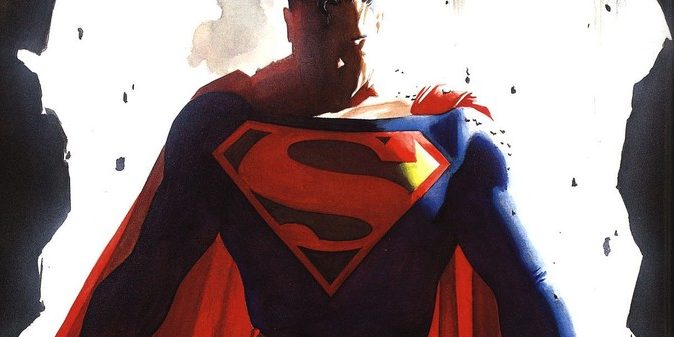 Something I’ve been reporting on since last fall is the rise of Superman’s importance behind the scenes at WB/DC. In the lead-up to Justice League, something seemed to click for the studio and they finally seemed to get how important the Man of Steel is. The character got a solo film in 2013, but took a backseat in the theatrical cut of Batman v Superman: Dawn of Justice, and only played a small- but vital- role in Justice League.

They quietly began setting the wheels in motion for a Superman sequel in September, and that became public knowledge when Matthew Vaughn let it be known that he’d had recent talks with Warner Bros. about directing it. In December, frequent Vaughn collaborator and big time comic book writer Mark Millar even confirmed as much directly to me on The Fanboy Podcast.

There was plenty of Superman momentum at the end of last year, and it really felt like a formal announcement was imminent. But as I mentioned on last week’s podcast, that all seemed to come to a grinding halt when Justice League fell on its face at the box office.

Things got quiet, the leadership changed, and Walter Hamada entered the fray in January to help steer the ship back onto the right path. But while Hamada tweaked several of the old plans as he reshaped the DC landscape, one thing remained: The idea that Superman is a priority.

I shared some rumors to that effect right here on Revenge of The Fans back in early May, because I was told that WB/DC was actively trying to get everything in place since they’d love to get a new Superman film released in 2020, and other sites were hearing similar tales of WB’s plans for the character. The studio was speaking with prospective directors again, they were getting ready to sign Henry Cavill to a new deal, and things were seemingly going swell.

There were even murmurs that a major trade was working on a story outlining Cavill’s new deal- everything from the number of appearances to what kind power Cavill would have in how the movies are made (and who’s making them). Then those talks hit a bit of a snag, and things are currently in a state of limbo until both sides can hopefully iron out the particulars. You can read more on that RIGHT HERE. But suffice it to say that there will be no further movement or updates on the project until they resolve this negotiation.

That all brings us to some new comments from- I suspect- the very man who told Warner Bros. last year to wake up and make Superman a priority again: Geoff Johns.

When asked about the growing appetite for a new Superman film, here’s what he told Collider:

“Look, working with [DC Films president] Walter Hamada and [Warner Bros. President and CCO] Toby [Emmerich] over there at [Warner Bros.], they feel the same way. Everyone loves Superman and knows how important Superman is. It’s not in my wheelhouse now to really say anything beyond that[…]”

Then he trails off a bit and goes on to remind people that Superman: The Movie was what got him into this business (i.e. comics and movies) to begin with, so he- of all people- can attest to the character’s monumental importance to the pop culture landscape.

I truly think Johns has been the bird in the WB’s ear lately, telling them that they’ve got to get Superman right and they’ve got to give him another chance to shine. We know he played a role in the reworking of Justice League, and one of the major changes to the film was the way it depicted Superman. It seems to be something he’s quite passionate about, and if you’ve read any of his Superman books it’s quite clear he loves and understands the character.

Here’s hoping his conversations with Hamada and Emmerich have been fruitful enough to make them move mountains to get the Man of Steel back onto the big screen as soon as possible.