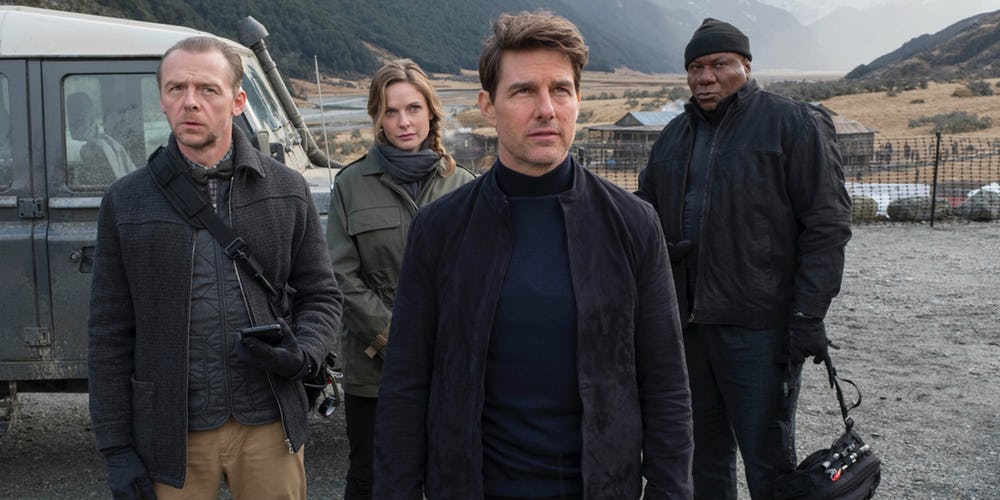 RTF Review: “MISSION: IMPOSSIBLE- FALLOUT Is A Mission You’d Be A Fool Not To Take“

The long wait is over, fellow Revengers, Mission: Impossible- Fallout has officially premiered for the whole world to see. I had the opportunity to catch a late premiere of the film and I can attest that it does not disappoint. With a healthy dose of death-defying spectacle, great story and action; the movie more that earns all of the positive buzz around it.

Tom Cruise returns as our most trusted IMF agent, Ethan Hunt, to lead his team as they race around the world in order to stop a terrorist organization as they attempt to weaponize plutonium and, thus, put the world at risk. Serving as a pseudo-direct sequel to 2015’s Mission: Impossible- Rogue Nation; we find that the remnants of the infamous Syndicate that Hunt faced in the previous film are still at large and are being hunted down by numerous government organizations ever since the capture of their leader, Solomon Lane (Sean Harris).

Fan-favorites Benji (Simon Pegg) and Luthor (Ving Rhames) compose Hunt’s team during this year’s mission with newcomer August Walker (Henry Cavill), a results-driven CIA Agent with an agenda of his own. Ilsa (Rebecca Ferguson-Rogue Nation), Secretary of State Alan Hudley (Alec Baldwin-Rogue Nation) and Julia (Michelle Monaghan-Mission Impossible 3) also return in supporting roles. The director, Christopher McQuarrie (Mission Impossible: Rogue Nation, Jack Reacher) made a great choice in deciding to make most of the main cast known characters as it allows great additions, like Cavill‘s August Walker, opportunity to shine. Though not a breakout performance, Cavill brings his A-game and the Fallout is better for it.

That being said, what makes Mission: Impossible- Fallout so successful is that it takes the time to satisfy fans’ expectations of the M:I franchise while also honoring the franchise’s legacy with a great story that adds emotional heft to the jaw-dropping spectacle. While providing all the elements that we love in an M:I movie (the stunts, the action and Tom Cruise sprinting), the film dares to explore the reason why Ethan Hunt has and continues to accept these missions, choosing to place his life at risk in order to save the world. As a result, the audience is reminded of why we keep coming back to follow Ethan Hunt on his missions and why he truly is a genuine hero.

In my mind, I see each film in the franchise as a season of TV. We all know that not all seasons of Mission: Impossible have been great; but ever since season four (Mission: Impossible- Ghost Protocol), the quality has been on the rise and it’s crazy to think that a series that’s over two decades old is actually only getting better. Mission: Impossible- Fallout will be known one day as one of the best movies of Summer 2018 and one of the highlights of a beloved franchise.

In short, this is a mission you need to take.

Mission: Impossible- Fallout is out now, go see it soon at a theater near you.

Previous post No, The Reeves’ BATMAN Movie Will Not Be ‘Based On’ YEAR ONE