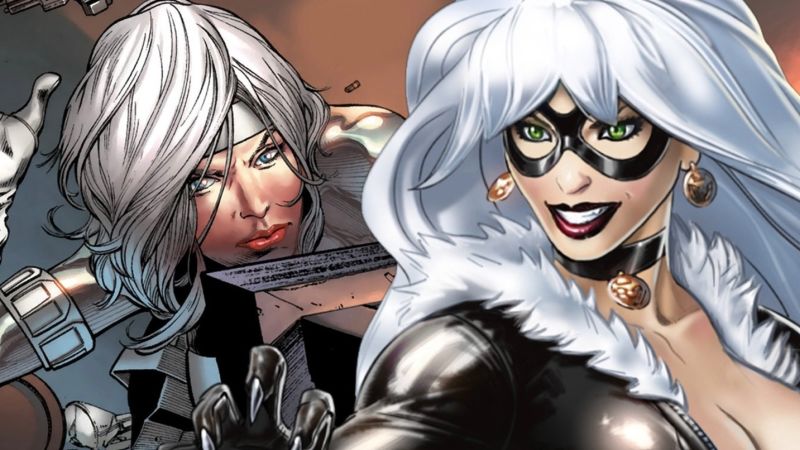 The burgeoning “Sony Kinda Spider-But Without Spider-Man Because He Is In The MCU So We Aren’t Sure What To Do-Verse” is happening in October with the release of Venom. Outside of that, there is a Morbius movie with Jared Leto happening, and a movie based off of Silver Sable and Black Cat called Silver and Black.

Prince-Bythewood is still very much attached to Silver and Black but for some unknown reason, the project has stalled. It could be anything – funding, script isn’t right, trouble finding leads, or a combination of those.

The reception of Venom will do a lot for the future of the “Sony Kinda Spider-But Without Spider-Man Because He Is In The MCU So We Aren’t Sure What To Do-Verse”. If it is well received, then all of a sudden a Morbius and Silver and Black movie look much more profitable and appetizing to audiences.

If Venom flops, then they might have to abandon the whole “separate” universe thing. We’ll see which way it goes in October.

The characters are certainly interesting enough for their own movie, as you can see in bios from Wikipedia below:

Silver Sable (Silver Sablinova) is a fictional character appearing in American comic books published by Marvel Comics. She is a mercenary, hunter of war criminals, the leader of the Wild Pack, and owner of Silver Sable International. Although sometimes a legitimate mercenary, her methods and motives have sometimes brought her into conflict with other superheroes. Occasionally, she is seen as an ally of Spider-Man and other heroes.

The Black Cat (Felicia Hardy) is a fictional character appearing in American comic books published by Marvel Comics. Throughout her history, Black Cat has been an enemy, love interest, and ally of the superhero Spider-Man. Created by writer Marv Wolfman and artist Dave Cockrum, she first appeared in The Amazing Spider-Man #194 (July 1979).

Felicia Hardy is the daughter of Walter Hardy, a world-renowned cat burglar. After suffering a traumatic experience as a college freshman, she trained herself in various fighting styles and acrobatics and, after deciding to follow in her father’s footsteps, adopted the costumed identity of the Black Cat.[3] As Black Cat, she has the subconscious ability to affect probability fields, producing “bad luck” for her enemies. The character was originally a supervillain and adversary of Spider-Man, but over time the two fell in love, which motivated her into becoming an antiheroine and his partner. However, their relationship grew complicated after it became apparent that Black Cat was only attracted to the alter ego of Spider-Man and had little interest in the hero’s civilian life as Peter Parker. After their break-up, Black Cat maintained her role as one of Spider-Man’s most trusted allies and for years the pair shared on-again, off-again romance before she eventually lapsed back into her criminal ways.

We’ll be sure to keep you updated when Silver and Black starts to gain traction again. If you want this movie to happen, I would be rooting for Venom, because I think that will have a major impact on the future.

Silver and Black was originally slated to be released next year.

Next post No, The Reeves’ BATMAN Movie Will Not Be ‘Based On’ YEAR ONE