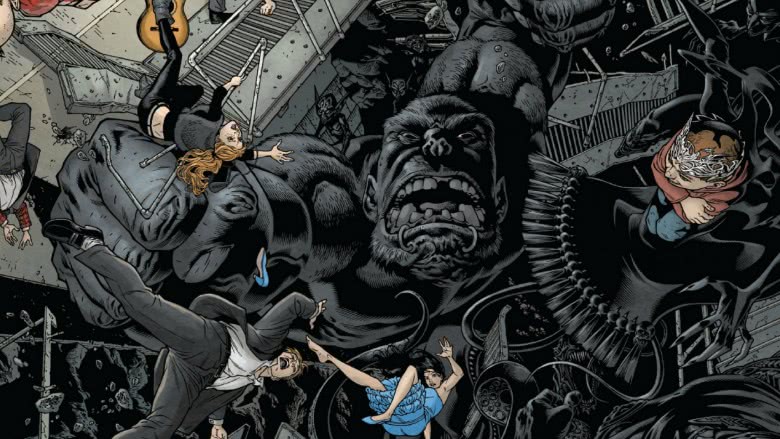 Joe Hill’s comic book series Locke And Key is getting adapted into a television show, and streaming giant Netflix is where you’ll be able to find it. According to Deadline, Netflix has secured a 10 episode order for the series. This comes after Hulu passed on the show.

Locke And Key is said to be a melding of horror and fantasy. Deadline describes the premise of the series the following way:

“Lock and Key, written by Joe Jill, is a horror/fantasy series that revolves around three siblings who, after the gruesome murder of their father, move to their ancestral home in Massachusetts only to find the house has magical keys that give them a vast array of powers and abilities. Little do they know, a devious demon also wants the keys, and will stop at nothing to attain them.”

What’s notable here is that Hulu passed on the series four months ago because they didn’t care much for the pilot, which was directed by Andy Muschietti. Netflix doesn’t appear to have been wowed by the pilot either, but rather than passing on the series, they’ve ordered that a new pilot be written and shot and, in general, they’re said to be redeveloping the scripts for the full season. Also, since Muschietti is now busy directing Stephen King’s It: Chapter 2, he won’t be back to direct the pilot.

At the center of the creative force behind this Locke And Key TV adaptation is Carlton Cuse, best known for his work on Lost, Bates Motel, and The Strain.

A show based on the property has actually been in the works since the 2010-11 development season, and having it find a home at Netflix after several stops and starts is sure to be great news for the people who believe in what this series can be.