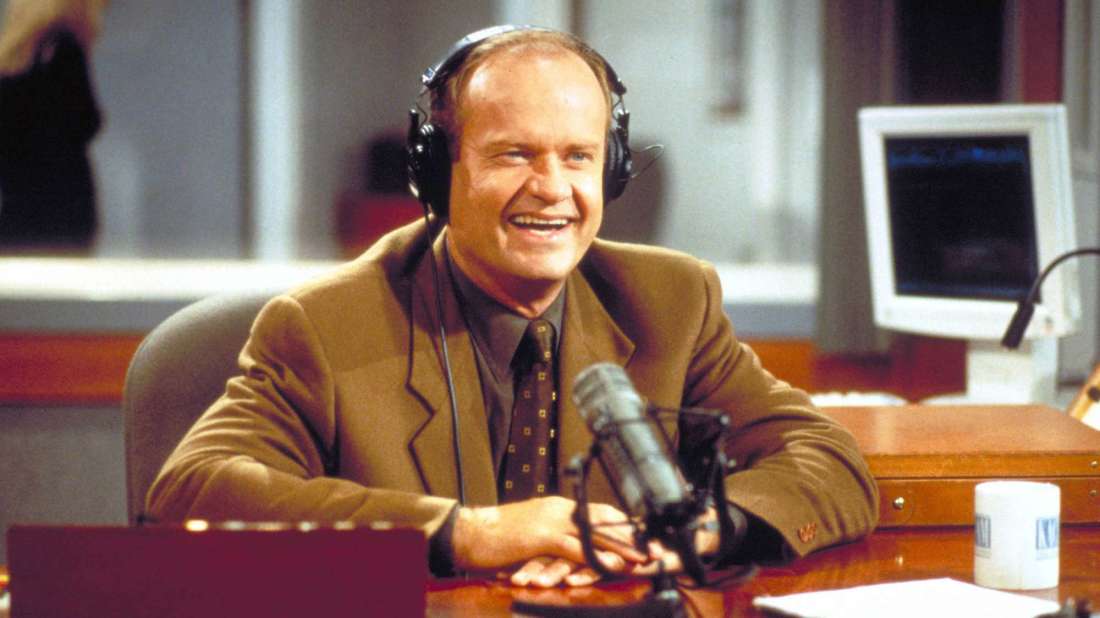 Nostalgia is the hottest property in Hollywood right now. Within the umbrella of Nostalgia you have “legacy-quels” – continuation of stories with the same characters years after it ended. In the movies, The Force Awakens could be considered one. In TV, you have things like Fuller House, Roseanne, Will and Grace, Prison Break, and The X-Files all of those shows have the original cast returning to the characters they played decades ago, to continue the story. Frasier may be up next.

They are all popular, and all provide desperately needed ratings for the TV. Networks are always looking for the next thing, and it turns out, the next thing seems to be old things.

Deadline is reporting that Kelsey Grammer – who played the character of Dr. Frasier Crane for 20 years, is “fielding interest” to return to television as the character. What is interesting is that they want to treat it like a reboot where we find Crane in a new city. That likely means the show would have a new supporting cast. Grammer is meeting with various writers and producers about it. When a writer is chosen, and a premise is created, then it can advance to the next stage.

Let’s break this down a little bit. Crane was first introduced in Cheers, in the city of Boston. When the spinoff started, they moved him to Seattle. The reason was so NBC didn’t ask them to show Cheers characters every other episode. In Seattle, Crane’s supporting cast became his family. In the series finale, Crane went to Chicago to pursue a woman. So it is possible that he stayed there, and Chicago will be the setting of the new show.

Here’s the thing though. Does anyone really just want Grammer back? Frasier is fine, but it’s the other characters that makes him great. Sam, Diane, Norm and Cliff play off Frasier in Cheers much better. In Frasier, his father (played by the late John Mahoney) Martin, Daphne Moon, Roz and his brother Niles is what elevated Frasier above its predecessor.

If they want Frasier back for nostalgia purposes, they need more. They need to offer any amount of money to David Hyde Pierce to return as Niles. A perfect catalyst will be Martin’s funeral. Have Frasier come back home to Seattle for the funeral, and then have him find a reason to stay, and you have the show again.

The more intriguing possibility for me, would be to set it back in Boston. Have Frasier find himself back there, and you can sprinkle Cheers characters in. That way everyone can be a guest star.

Will I watch? Of course. But people will be more in the bag for this if there is a bit more familiarity returning than just Grammer’s Frasier. If they want everything else to be new, why not just have Grammer play a new character and don’t make it related to Frasier at all?

What do you want from a Frasier relaunch? Do you feel the cleanest break possible is the best choice?