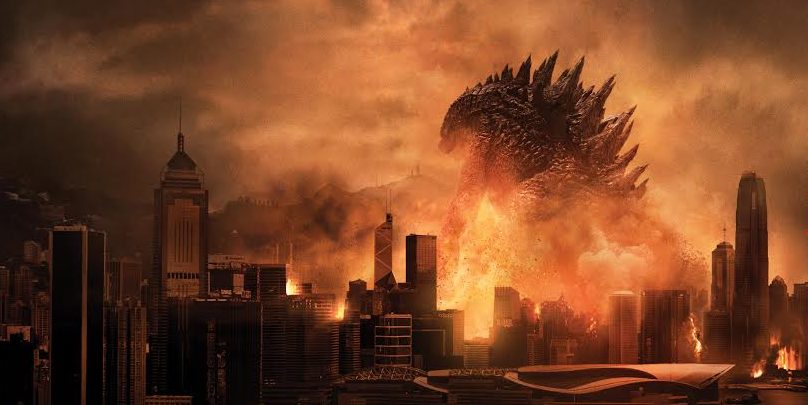 The “Monsterverse” started in 2014, with Godzilla, then continued with a 1970’s tale of King Kong in Kong: Skull Island. The two will eventually crossover in 2020, but before that Godzilla will get another chapter in Godzilla: King of The Monsters.

In an interview with Rotten Tomatoes, Godzilla: King of the Monsters director Michael Dougherty revealed as much:

“We do bring back one character from Kong: Skull Island.”

As you can see in the video below, he doesn’t reveal who, but people seem to have a theory about that.

In the preview, we see Charles Dance at the very end say “Long live the king.” The good folks at ScreenRant (and CinemaBlend feels the same way) think that Charles Dance is playing an older version of Tom Hiddleston’s explorer character James Conrad from Skull Island. The age gap of the actors roughly matches but since it was never explicitly said how old Conrad was, they can fudge the age around a bit.

The post credit scene of Skull Island certainly set up a future for a few of the characters, Hiddelston’s being one of them. While I can see the Dance theory definitely being plausible, I have another idea.

What if we are all looking way too deep into that comment, and the answer is right there? What if the one character returning from Kong: Skull Island is…Kong himself?

Kong could be lying dormant until all of this new monster activity wakes him up. So he goes and finds Godzilla all pissed off for waking him up, and the end of the film teases the fight that will be shown in all its glory in 2020’s Godzilla Vs Kong.

I can’t see King of The Monsters not setting up Godzilla Vs Kong, so I think that is more of a possibility than anything else.

But I do like the Hiddleston/Dance connection. I’d be okay with that happening too.

Who do you think the returning character is?

Godzilla: King of Monsters will hit theaters next May.

Following the global success of “Godzilla” and “Kong: Skull Island” comes the next chapter in Warner Bros. Pictures’ and Legendary Pictures’ cinematic MonsterVerse, an epic action adventure that pits Godzilla against some of the most popular monsters in pop culture history. The new story follows the heroic efforts of the crypto-zoological agency Monarch as its members face off against a battery of god-sized monsters, including the mighty Godzilla, who collides with Mothra, Rodan, and his ultimate nemesis, the three-headed King Ghidorah. When these ancient super-species—thought to be mere myths—rise again, they all vie for supremacy, leaving humanity’s very existence hanging in the balance.

Next post There’s ‘No Real Hero’ in VENOM Says Director