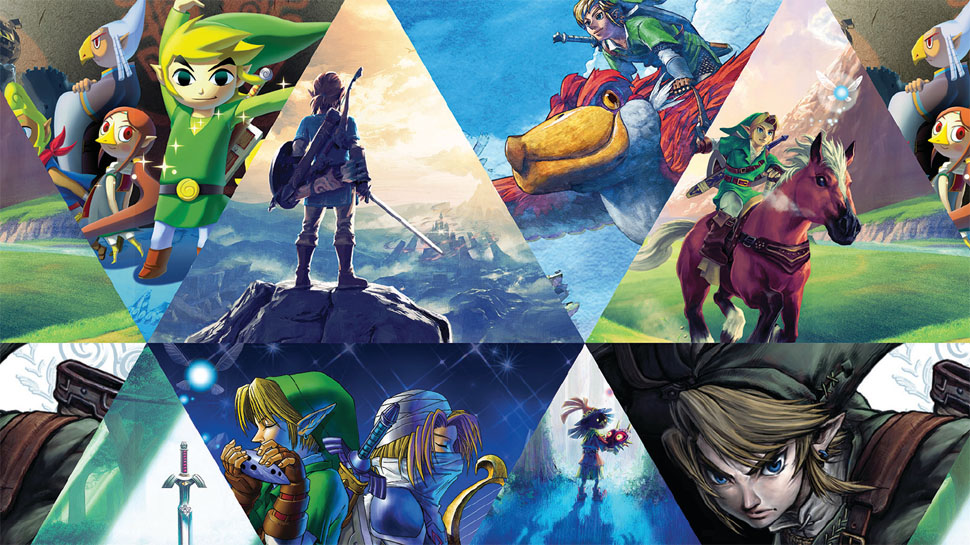 KONG: SKULL ISLAND director Jordan Vogt-Roberts was making his rounds at SDCC this past weekend and had a lot to say. Naturally, with his involvement on the METAL GEAR SOLID movie (he is directing and just turned in the script!) he was asked about a number of other game franchises and how they could make the jump to film.

During one particular interview on IGN’s Comic-Con live show he was asked how he would go about adapting THE LEGEND OF ZELDA series to film. Vogt-Roberts started off his pitch saying, “The thing about Zelda is Zelda is not Lord of the Rings, right? You cannot forget how quirky and bizarre Zelda is. I think you need to find a way to actually fuse the traditional Zelda and the very new Zelda.”

As a huge fan myself, the fact he actually makes a point to acknowledge the strangeness of the franchise is music to my ears. ZELDA has always been about the goofy, odd-ball characters living and interacting in this strange, beautiful, magical world.

As the man who is directing and writing the METAL GEAR SOLID movie, this acceptance of the weird applies to that as well. If you are a fan of Hideo Kojima’s work you know it can get pretty ‘out there,’ so there’s a balance to strike. You can’t get rid of it completely as it is part of the soul of both the ZELDA and METAL GEAR series’.

Continuing with his pitch, Vogt-Roberts elaborates, “I think you have to find a way to very intensely fuse the pure just sort of fantasy of The Ocarina of Time and The Link to the Past, but then I think you need to find a way to incorporate the newer pseudo-tech stuff — you know, the lasers and Tron lines that happen in the newer games [Breath of the Wild], but in a way that’s not overwhelming.”

Interestingly enough, Vogt-Roberts also addressed one of the series’ most divisive aspects. “I actually fully think Link should not speak the entire film. I would do a film where he’s a silent protagonist.” I agree and think it would be an incredible challenge. Especially after seeing A QUIET PLACE I really think it could work with the right actor and supporting cast.

So what do you think Jordan Vogt-Roberts idea for a LEGEND OF ZELDA movie? Agree or Disagree? What other obstacles or hurdles do you see in adapting the franchise? Let us know in the comments below or hit us up on Twitter!

P.S. Can we just have him make every game-to-film adaption? He just really seems to get it.

Next post Kevin Smith Wants To Direct An Episode of BATWOMAN