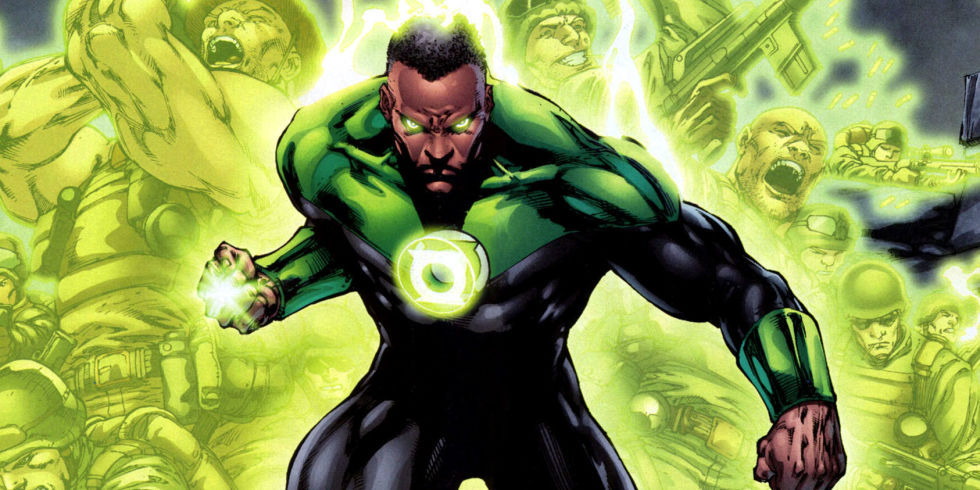 It’s always been a bit perplexing that Green Lantern Corps appears to be somewhere further down Warner Bros’ proverbial “To Do” List when it comes to all things DCU (or is it Worlds of DC now?), especially compared to the other main heroes of DC Comics. Especially since the long rumored hook of the film essentially being “Lethal Weapon In Space Starring Hal Jordan and John Stewart” sounds ridiculously awesome.

That said, writer Geoff Johns has given fans an update on the project in a new interview with IGN at this year’s San Diego Comic Con. Aside from Corps having a plot where Hal Jordan sharing the lead role with John Stewart, Johns expressed that the new film will differ from the maligned 2011 Ryan Reynolds film in that “It’s a complete re-imagining, just like I did Green Lantern: Rebirth in the comics.”

“I’m going to be hopefully delivering a script that Warner loves, and DC likes, and they want to make it that’s going to celebrate the mythology and reinvent it in a different way,” Johns added. “If you’ve read my Green Lantern run it’s very much in line with some stuff we did in there.”

This isn’t a particularly huge surprise, considering how the upcoming James Wan-helmed Aquaman appears to draw a great deal of influence from Johns’ work with that character in recent years. Plus, Johns has brought some very important new elements to the mythology of Green Lantern, such as the “emotional spectrum.”

While fans clearly still have quite a wait ahead for them for Green Lantern Corps, minor updates such as this are exciting to read and ponder over. Here’s hoping that Johns and whoever else winds up working on the film nail it.