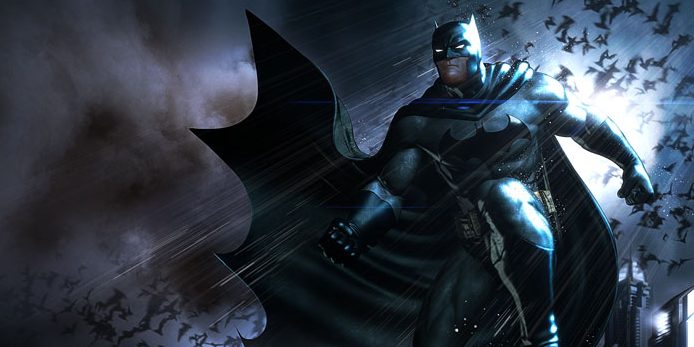 All right, folks. There’s a bunch of ground to cover today, and there’s enough intel to share that I could probably break this up into several small stories but, full disclosure, I’m under-staffed and low on time today. So you’re about to get a super-concentrated bit of DC Bochinche! I’ll save much of my elaborations on these things for tomorrow’s episode of The Fanboy Podcast, and just give you the juicy stuff here.

Yesterday, a YouTuber by the name of Grace Randolph released a video covering similar ground to what we’re going to cover here today. It’s unfortunate, because I teased a nice Batman update on twitter shortly after releasing yesterday’s big Superman report, and I was going to enjoy sharing the latest info with you. Instead, I now have to clarify and sort through bits of misinformation that seem to have been connected using someone’s vivid imagination.

Look, I’m not here to judge anyone. We all get things wrong sometimes (I know I have), and I can’t speak too specifically on Randolph’s report because, well, I don’t watch her stuff. I know next to nothing about her, and- similar to my policy with all geek podcasts and YouTube shows- I just don’t participate in her content. I’m sure she means well, which is why I’ll offer up this constructive observation/critique: Judging by her two attempts at scoops this week, it seems like she definitely has access to good information. It’s what she does with that information that leads her down a questionable path, because she gets the same bullet points a lot of us hear…then she connects them in her own way, adding flourishes.

But hey, nothing but respect here. She seems to have a big following, and she seems to be doing far better than most of us, so her methods are clearly working. I just hope she learns from how things have played out this week, the way I learned from some missteps of my own.

Sorry to disappoint anyone who was hoping I’d take her to task today, the way fellow Latino-Review alum Umberto Gonzalez did earlier this week. But I can’t exactly say “Leave it to the professionals” since I’m a freakin’ Wedding DJ who only does this stuff because he loves it and because it’d be cool to one day make some money off of it.

But okay, let’s get into it!

It’s been a while since we’ve had ourselves any solid updates on Matt Reeves’ The Batman. That’s because, similar to his buddy J.J. Abrams, Reeves is very good at keeping things locked up inside of his own Mystery Box. But there’s finally been some movement on the project, and with that movement comes new fresh bits of intel to share.

As Batman-On-Film shared a few weeks- and was quickly confirmed by Omega Underground- Warner Bros. has begun assembling crew members for The Batman. While that doesn’t exactly mean they’re going to start filming tomorrow, it indicates that there’s been enough progress on the script that Reeves and the studio feels confident enough to start getting the gears in motion.

I’m sorry for anyone who got excited about the Court of Owls rumor yesterday, but the fact of the matter is that I spoke to an extremely reliable source who says that there are no plans to have them as the main antagonist. In fact, they were adamant that they’re simply not the villains in The Batman.

Then there’s the big question of who will play him, i.e. “Is Ben Affleck in or out?” For that answer, we must circle back to the last update I offered on the film. A few weeks back, I shared that WB/DC was taking a very open-ended approach to The Batman. They want to make it as if it’s its own thing, a soft reboot, but they want to leave a back door open to eventually connect it to the rest of the shared universe.

That’s why they’re going with a younger Batman.

This affords them the opportunity to tell a great, standalone Batman story, then decide later if that younger Batman eventually grows up to be the Caped Crusader we met in BvS. It’s a unique approach, and one that raises concerns for me, personally. But it’s how they’re doing it. So they’re not going to officially call it a prequel, but it could become a prequel after the fact.

The funny thing about that is: It makes it so the Affleck question could linger on for several more years. Because if they establish this young Batman, who exists earlier in the continuity, then eventually want to have good ol’ Batsy pop up in a team-up film that’s set in the present…they could very well have Affleck play him in that movie!

But for what it’s worth, I spoke to the one online scooper who stoked the fires of “Affleck may stay on” back in May/June, and now they’re officially of the same mind as the rest of us: It’s unlikely we’ll ever see him in the role again. And, unfortunately because of this approach they’re taking, we may not get anything official for a long, long time. Setting the film in the past gives them that kind of flexibility, and there are no plans for a Justice League 2 or similar team-up film on the horizon anytime soon, so there’s really very little reason for them to address who’s playing the present day Batman.

No, Amazo is not the villain.

In fact, when Todd Stashwick was brought on last month to help rewrite Suicide Squad 2, I’m told that was because they tossed the script they had and were basically starting all over again from scratch. So we’re only a month into the creative process of putting together this new script, which means that absolutely nothing is set in stone yet. Therefore, any rumors you hear out there about SS2 are purely speculative.

Yesterday, we found out that the Todd Phillips-directed movie about the Clown Prince of Crime would be called, simply, Joker. We also found out it’ll be released next year on October 4th.

Today, I can let you know that those old rumors about Robert De Niro being considered for a role in Joker are no longer rumors. They’re fact. He’s in the film.

And no, he won’t be playing Carmine Falcone as some had assumed.

Ever since the release of the first Suicide Squad, it’s become something of a running joke that WB/DC is obsessed with lining up Harley Quinn projects starring Margot Robbie. They’re extremely high on her, and rightfully so, which means there have been- at times- upward of four Harley movies in some stage of development since 2016.

I’m hearing that the studio’s Harley plans are, indeed, enormous. I’m told they’d like to have her appear in theaters at least once a year, starting in 2020. So that means you should all prepare to see a lot or Harley Quinn in the coming years.

All in all, insiders are looking at it like DC is setting up a mini Harley Quinn Universe. So keep all of those rumored scripts you’ve heard of over the years in mind, as way more of them may see the light of day than initially thought.

Please note, I’m not labeling any of this some sort of “EXCLUSIVE SCOOP.” Plenty of it is out there, floating around in the ether. I wrote this update today merely to clarify certain things, and to add some of what I’ve been hearing from people I trust implicitly.

And I’m sorry if any of this wasn’t juicy enough for you. Trust me, I get it. I’m a fan first. So I’d love to have some earth-shattering news on The Batman to report. But I can’t do that without basically making stuff up, so all I can offer you is what folks far closer to the situation than you or I are saying about it.

I’m working on some actual scoops related to all of this, but in the meantime, updates like these are all I can offer you.

CONTINUE READING: “The State of Cavill’s Contract Negotiations To Stay On As Superman, And That SHAZAM Cameo…“