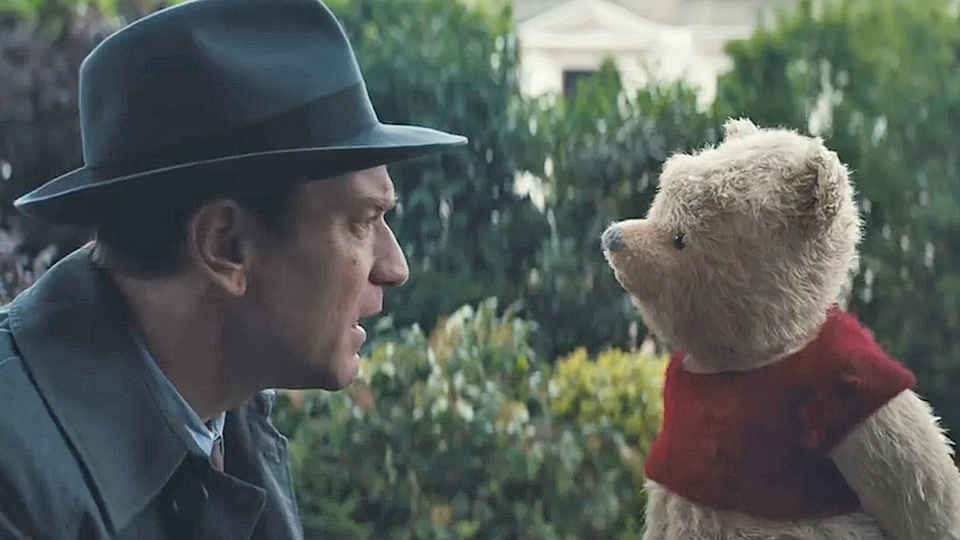 Christopher Robin is Disney’s next film, and everything we’ve seen from it so far has been absolutely heartwarming. The newest sneak peek that Disney has released might be the best one yet. See it below:

Other than all the wonderful puns here, there are some things worth noting here. One very observant user noticed they had soften Pooh’s appearance since the very first teaser trailer. His eyes are bigger here, and he is smiling. Click the link to see the gifs of the shot in question.

The other is that tickets are now on sale. Disney must be expecting a huge turn out for this, to advertise that early ticket purchases.

The voice cast is stellar. All of the animals in the Hundred Acre Wood all sound like they always have. Specifically Pooh and Tigger. The rest haven’t had much to say in the trailers other than Eeyore, who Brad Garrett does perfectly.

Ewan McGregor plays a grown-up Christopher Robin, and Hayley Atwell plays his wife. I hope that this movie does well. But I also hope that no one is in the screening I go to, so people don’t see a large bearded man sobbing throughout the movie.

The first two trailers were very emotional and heartfelt. This sneak peek shows off some of the humor that Christopher Robin has to offer. It looks like it will be a perfect mix, and another success in Disney’s “live action remake” experiment.

Did you like the sneak peek? Are you excited for the movie?

In the heartwarming live action adventure Disney’s “Christopher Robin,” the young boy who shared countless adventures with his band of lovable stuffed animals in the Hundred Acre Wood is now grown up and living in London but he has lost his way. Now it is up to his childhood friends to venture into our world and help Christopher Robin rediscover the joys of family life, the value of friendship and to appreciate the simple pleasures in life once again.

Next post The Final Lap Issue #3: The Flash Season 5 Fantasization “Rumors of Cicada”