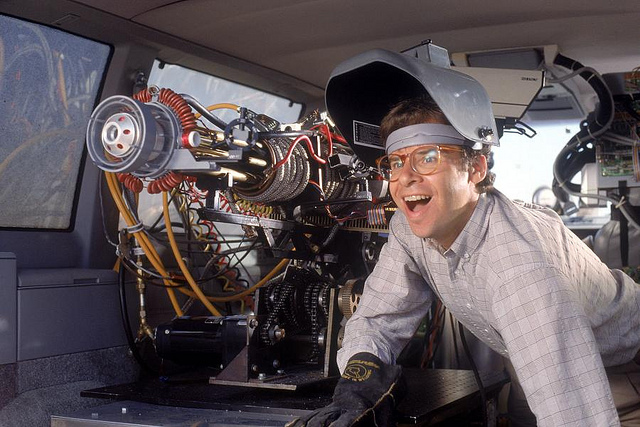 The first Ant-Man movie in 2015 was a sturdy hit for Marvel Studios. It even had a handful of cameos including Stan Lee, Anthony Mackie, and Hayley Atwell. But their could have been another, according to director Peyton Reed: Dark Helmet himself, Rick Moranis.

Reed was doing an interview on ScreenJunkies’ “Honest Reactions: Ant-Man and the Wasp Director Reacts to Honest Trailers,” when he dropped that golden nugget.

“We actually, at one point, attempted to get a Rick Moranis cameo in the first movie – still during the period, I think, where he wasn’t doing so much acting. I think he’s now gonna be on the CTV Scorsese-directed thing, which I’m super psyched about. But always, still, an unchecked box for me.”

As the conversation continued he mentioned that he would try for Moranis again if future installments of Ant-Man were to happen. (There hasn’t been any confirmation that an Ant-Man 3 is happening, though we hope it does, since we liked the part 2). As to who Moranis could play, Reed offhandedly mentions Scott Lang’s father. The only actual family we’ve seen of Lang’s is his daughter Cassie. So bringing him in as Lang’s father would not only be fun for the banter, but would add depth to Paul Rudd’s character as well.

The best part, for me anyway, would be the meta-ness of the casting. Yes, Moranis is legendary for things like Strange Brew, Spaceballs, and Little Shop of Horrors. But he is also known to entire generation as Wayne Szalinski – inventer of the shrink ray, in Honey, I Shrunk The Kids and its sequels.

For him to play the father of Ant-Man is spot on casting. But as Reed mentions in the video (which you can watch at the bottom of this post), Moranis hasn’t been doing much acting. He decided to step away from it to take care of his children after the death of his wife. Moranis doesn’t consides himself retired though, just on hiatus. He hasn’t taken a lot of roles since 1997. He’s popped up in a few things here and there, but is just very selective about projects to do now. In an old interview with USA Today back in 2005, he summed it up like this:

I hope that if Ant-Man 3 does happen, that Moranis can be lured out by Reed, who is obviously a fan. It would be great to see him join the MCU!

Would you have liked to see Rick Moranis in Ant-Man? Do you have hopes that it will happen in the future?