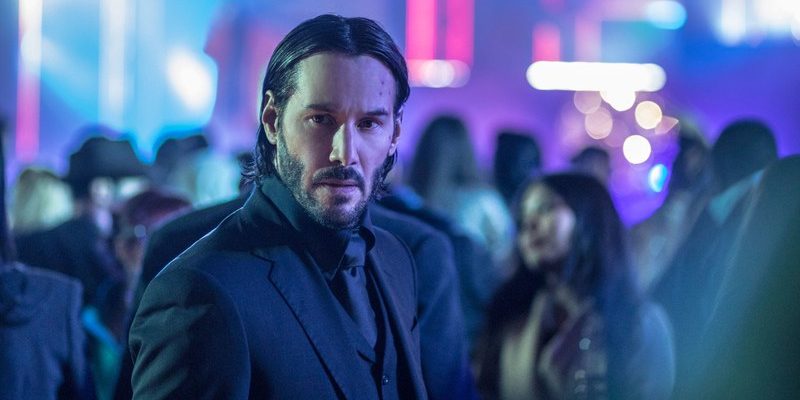 These are exciting times for John Wick fans! First Halle Berry joins the cast for the third film, now the film has an official title! As audiences wait for John Wick 3 to hit theaters next May, lead star Keanu Reeves spoke with ComingSoon.net recently to provide some early clues about the next entry in the series. Namely the film’s title, John Wick 3: Parabellum.

The actor stated that the film’s new subtitle translates to “Prepare for war.” Reeves added, “It’s part of that famous sentence, ‘Si vis pacem, para bellum,’ which translates as, ‘If you want peace, prepare for war.’” All of which is quite fitting, considering how John Wick: Chapter 2 ended last year.

“Yeah, John Wick is fighting for his life and thinks that Halle Berry’s character has some information for him. They have a past, and they get involved with The High Table, this kind of overlording entity. (laughs)“

There isn’t much else to say about the interview, but both comments from Reeves are certainly intriguing nuggets of information. After all, it’s still a bit surprising that the film’s creative team have seemingly opted not to continue the “Chapter Number” title format introduced in John Wick: Chapter 2. Yet despite that, Reeves’ comments over the intention behind the Parabellum subtitle align wonderfully with where the series seems to be heading next.

Likewise Reeves’ comments on Berry’s character are intriguing. If Wick and her share a past together, was it a romance from the days before Wick met his now dead wife? Were the two simply good friends or long time partners in the business? There’s quite a few ways the creative team for this film could tackle that narrative hook.

What do you think? Are you excited to see John Wick 3: Parabellum? Be sure to share your thoughts below in the comments section!