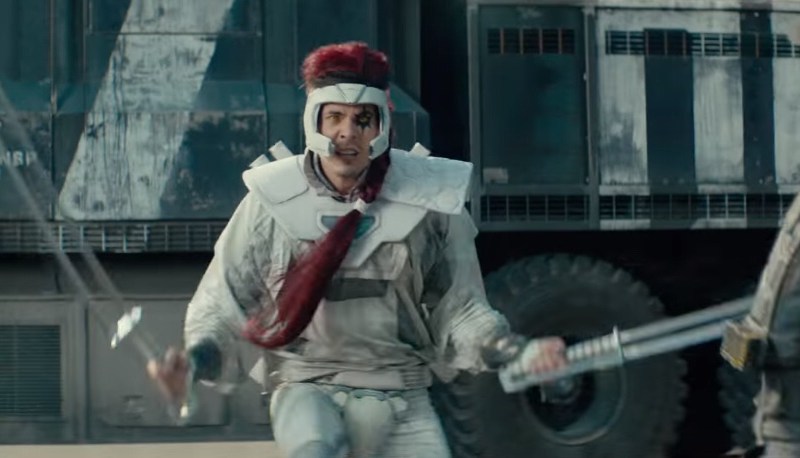 This article will contain spoilers for Deadpool 2. You have been warned.

Like its predecessor, Deadpool 2 offered surprises at every turn, but chief among them were the gruesome deaths of the X-Force recruits.

The hilarious deaths of Terry Crews’ Bedlam,  Lewis Tan’s Shatterstar, Bill Skarsgard’s Zeitgeist, Rob Delaney’s Peter and Brad Pitt’s Vanisher shocked audiences as they had been a pretty big part of the film’s advertising. However, Deadpool 2‘s use of time-travel may have left a door open for those dead members of the X-Force to return in the future.

Tan recently told SyFy that he expects Shatterstar and the other members of the X-Force to return in Drew Goddard’s X-Force.

You’re going to see more of my character in the X-Force film … that’s what it’s looking like. Thankfully, Deadpool went back and had a little time machine that he stole, so in the post-credits scene he brought back Peter, and it’s assumed that we’re all going to come back as well. Hopefully he brings back Shatterstar and everybody, because the fans really enjoyed that scene, and I get a lot of attention online about how they thought it was one of the best scenes in the film.

The post-credits scenes of Deadpool 2 saw the Merc With the Mouth use Cable’s time-travel device to interfere in many moments from history, from killing off Ryan Reynolds before he took the titular part in Green Lantern to killing off the crappy Deadpool in X-Men Origins: Wolverine. However, it was the scene where Deadpool saves Peter and Morena Baccarin’s Vanessa that leads to the possibility that Wade Wilson may have saved the other members of the X-Force as well, even though we didn’t see it happen.

While it’s cool to see Tan so eager to return as Shatterstar, we don’t know yet if Goddard will use the members of the X-Force who died in Deadpool 2 in the upcoming team-up flick. At best, we can all hope for a Peter cameo.