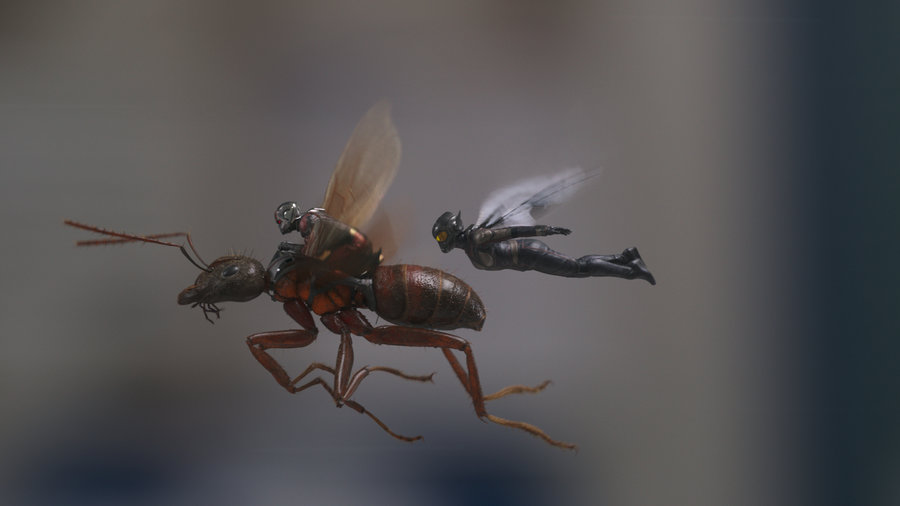 These next several weeks are going to be interesting to follow Ant-Man and the Wasp‘s performance at the box office. The first Ant-Man has typically been one of the less talked about entries in the MCU among fans and the new sequel is following the hype of Ryan Coogler’s Black Panther and the Russo Brothers’ Avengers: Infinity War, two of the most serious entries in the cinematic universe to date as opposed to the smaller scaled and more comedic vibes of the Ant-Man films. Will the new film end up being caught up a bit in the shadow of those two aforementioned films?

If Deadline’s report on Ant-Man and the Wasp‘s opening box office performance is anything to judge by, it looks like the new film will turn out just fine.

“After repping close to 22% of the year’s current $6.35 billion domestic box office with Black Panther and Avengers: Infinity War, Marvel is looking to score an even bigger share of 2018’s ticket sales this weekend with its 20th title Ant-Man and the Wasp. Very early projections from Deadline sources show that the Peyton Reed-directed sequel is off to a fantastic start with an estimated $11M, with some sources believing the movie could see an even bigger growth spurt north of $13M+.

First of all, Ant-Man and the Wasp‘s Thursday night is well ahead of its original 2015 chapter which turned in a $6.4M preview night, $22.6M Friday and $57.2M opening. At the time many pegged the movie’s lower than usual Marvel opening to the fact that he was a deeper universe character, not to mention the pic skewed toward families at roughly 30%. Some tracking services have estimated at the high end that Ant-Man and the Wasp could post an $85M opening on par with Doctor Strange. Already, Ant-Man and the Wasp is besting that pic’s November preview night of $9.4M. That figure repped close to 29% of its $32.6M Friday.

A year ago, Marvel partnered with Sony on Spider-Man: Homecoming  which posted a $15.4M Thursday, $50.7M Friday and a $117M opening. Advance ticket sales on Fandango saw Ant-Man and the Wasp ahead of Doctor Strange, while all advance ticket sales combined spotted the sequel near Homecoming.”

If these numbers keep up, I think it’s a safe bet that we will absolutely see an Ant-Man 3 hit theaters within the next several years.

What do you all think? Are you excited to see Ant-Man and the Wasp? Be sure to share your thoughts with us in the comments section below!