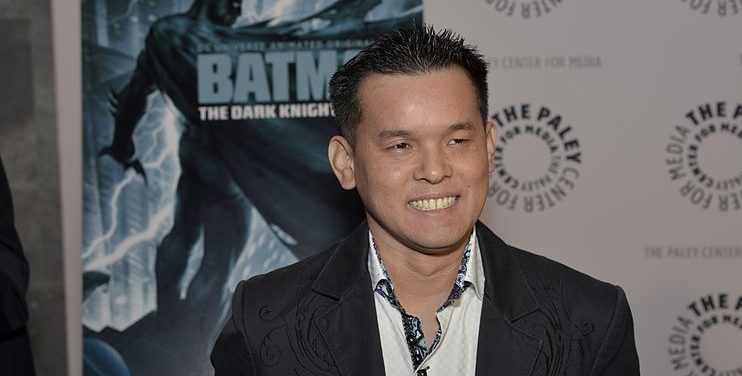 As San Diego Comic Con 2018 approaches, a renewed burst of chatter about the Snyder Cut of Justice League has once again overtaken the hardcore DC fandom. With fresh headlines, rumors, and heated debates breaking out all over the web, there’s a sense from one of the camps involved that a “big announcement” could arrive in time to coincide with SDCC.

One interesting fan-driven theory came my way, and I shared it as just that– a fun, tinfoil-hat-wearing conspiracy- a few days ago. And, much to my amusement (and eventual dismay), some sites actually ran stories based on a theory I warned people to put very little stock into! Worse yet, they misrepresented this highly improbable theory as if it were some sort of sourced “scoop” or official rumor I wanted to put out there into the world.

Pretty baffling what’s become of online reporting, even if- as I stated earlier today– it doesn’t count as journalism anymore.

But there’s one unintended positive that came out of my sharing of that theory:

It put me into direct contact with Jay Oliva.

Mr. Oliva has become a central figure in the renewed chatter surrounding the Snyder Cut lately, and for good reason. He worked intimately with Zack Snyder on several DC projects as a storyboard artist, and he was also involved in the initial production for Justice League! So his word carries extra weight, since he’s a direct source with an actual, verifiable connection to the film itself.

While chatting with him about the fan theory, we ventured off into a general discussion about the Snyder Cut, because I was noticing that- just as folks were misrepresenting my words (something I’m unfortunately quite used to at this point)- people on both sides of the debate were selfishly using his words to “prove” things that fit their chosen narrative.

Before I can get into how Mr. Oliva’s words and actions are being turned into spin, and clarify what his stance is and why it’s an important one, we first have to agree about what we’re even talking about.

One of the most frustrating things about watching this raging debate online is the fact that no one is really saying what they mean. If you actually dig deeper into these discussions, you may be shocked to find that the opposing sides actually agree on more than they disagree about.

As I mentioned in the write-up for that fan theory, there’s a missing word in this debate that would solve so many problems:

See, early in all of this, in the weeks and months following the theatrical release of Justice League, there was a lot of discussion about whether or not it exists. But the problem is that the “It” that we’re all talking about is different and has seemingly evolved since then.

Meanwhile, what I’ve discovered in recent weeks is that what the Snyder Cut folks want is anything. They don’t care if it’s complete. They don’t care if it’s a WIP (Work In Progress) version that, perhaps, incorporates storyboards or unfinished scoring and effects. They just want to see what Snyder was able to achieve before the studio asked Joss Whedon to overhaul things.

Therefore, when they proclaim “It exists!” what they’re really saying “A rough cut exists, and we’ll take it!”

And that’s the funny part.

Because both sides are fully aware that a rough cut/work in progress cut/assembly cut exists. No sane person would argue otherwise. The Hollywood Reporter, an outlet most writers consider the gospel, even declared he’d screened that rough cut in the exclusive article Warner Bros. asked them to write about Snyder’s departure from the film back on May 22, 2017. So it’s not really a disputable fact. The only difference is that the reporters telling people that it either doesn’t exist, or “ain’t happening” are incorrectly assuming they want a completed director’s cut, without realizing what they’d settle for the WIP cut.

To recap: Both sides agree that there’s a rough cut of the film, which Snyder showed the studio earlier last year. Therefore the only area where both sides diverge is whether or not the studio would release and/or finish it. That’s the sole argument.

That’s why, for example, this tweet has been completely misunderstood:

DC FANS! Even though I was embarrassed to do so, I asked officially yet again about a JUSTICE LEAGUE Snyder cut and it got deaded. Sorry, but it ain’t happening. pic.twitter.com/0xuW2NJZiu

See, while a great many folks saw that tweet and assumed he was saying “The Snyder Cut isn’t real! It doesn’t exist!” all Mr. Gonzalez was stating is that the studio has no plans to finish and release it. It’s funny because it’s not even newsworthy. It’s pretty much common knowledge at this point that the studio sees no upside to releasing the Snyder Cut, especially since it would require extra time and financial resources to finish.

The outrage over Gonzalez’s tweet is very telling when you consider that. It’s like there’s this strange cognitive dissonance, where folks are reading things and completely misunderstanding the meaning of the words they’re reading. And it’s because we’re not all talking about the same thing.

Mr. Oliva knows his stuff, and he’s worked directly with Warner Bros. and DC Entertainment in the past- most notably directing their animated feature Batman: The Dark Knight Returns 1 & 2. And he’s worked closely with Snyder on his live-action DC films, as was noted earlier. Therefore, when he speaks on this matter it carries greater weight than when others do.

In fact, his interactions with fellow reporters out there have become sort of infamous lately, as he seems to school them about their Insider Knowledge since it’s hard to be more inside than Jay Oliva.

But there are nuances at play here, and I wanted to speak to him about them. So I requested a direct chat with him, and he kindly obliged. After a good conversation that’s gone on in quick spurts over the last few days, I asked him for his permission to write a piece about the insights he’s shared with me.

Please note, this is not an article based on tweets. This is an article where I reached out directly to the filmmaker in question, got quotes from him, and asked him for permission to run them in an attempt to clear up all kinds of misconceptions happening on all sides of this debate.

On the subject of that fan theory I shared the other day, which was essentially that Snyder has done a bunch of independent work finishing the cut in the last few months and would like to reveal it soon:

JAY OLIVA: “I know he’s working on his next film. As for working on the JL cut, I don’t think so. I’m sure he’s having discussions with the studio and I think that the ReleaseSnyderCut movement has helped facilitate that.”

I bring up that part of the theory involves some sort of Announcement Trailer Snyder may have made:

JAY OLIVA: “Well I wouldn’t discount Zack having a trailer ready. (He’s really good at cutting trailers) but I don’t think he’s been working on JL since I’m sure he has a cut he’s happy with that he screened to execs way back in the editing of JL prior to Whedon.”

Now, let’s note that he refers to Snyder having “a cut he’s happy with.” Does that mean a finalized, ready-to-go finished Director’s Cut? No.

He would later specify that the cut he’s referring to still requires finishing- finishing the studio is reluctant to do. He clarified that while discussing what he’d like from the studio if they remain unwilling to finish and release it:

JAY OLIVA: “If the studio does not want to finish up the movie then to release the WIP [Work In Progress] cut that was shown to execs before Whedon was put in charge.”

Elaborating further on how the Release The Snyder Cut Movement is really a movement to have that WIP cut released:

JAY OLIVA: “That’s what the whole movement is about. It’s not about finishing the film it’s about showing the fans of Zack’s universe established in MoS and BvS the more accurate representation of where the story was supposed to go.“

Mr. Oliva also feels that bloggers and critics had a direct impact on the studio’s decisions. And that’s why he’s been taking this public stand lately, because- just as a tidal wave of noise inspired the studio to overhaul Justice League- he thinks creating a Snyder Cut tidal wave will help get that version released:

JAY OLIVA: “Well it’s the critics and bloggers who got to the executives to change course. What do you think will happen when enough of the public outcry reaches them? I’m not an exec at WB nor am I still an employee but stranger things have happened.”

That answer really encapsulates the role Oliva wishes to have in this movement. He wants to be able to help shine a spotlight on it in an effort to help pressure the studio into releasing some version of the Snyder Cut– even if it’s a WIP version.

JAY OLIVA: “Whether or not anything will be announced for SDCC that’s up in the air. I’d love to hear something like everyone else and I’m sure Zack will talk about it at some point in the near future.”

There’s more I could share but, suffice it to say that he thinks it’s a very sad time for the film industry that fans, critics, and bloggers can dictate to a filmmaker how they should make their films, and that a studio would let them. And I can’t disagree with him there.

If you want to know the biggest takeaway in all of this, it’s that clarity is king. If you’re going to get into an argument with someone about something, first make sure you’re talking about the same thing. In the case of the Snyder Cut of Justice League, that has not been the case, and it’s led to so much irrational distrust and resentment. That’s all made extra silly by the fact that both sides actually agree that there’s a rough cut of the film sitting in a vault somewhere, and only disagree on whether or not the studio wants to let it be seen.

With regard to Mr. Oliva, I’m thrilled to help clarify his takes on things and what his stance on the Release The Snyder Cut movement is. I think him being a public advocate for something he believes in is quite commendable, and I love that he’s so passionately invested. But he’s also not the big trump card that some of the Snyder Cut folks act like he is, because he’s extremely reasonable and realistic.

If one could summarize his actual stance on the Snyder Cut debate, as the insider he is: