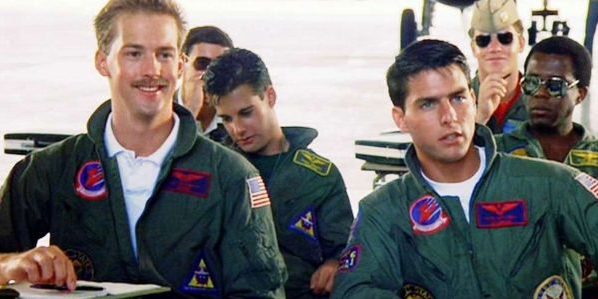 After much treading of water, a Top Gun sequel is finally happening. They have begun filming the movie in San Diego, and now the cast has been rounded out.

The role of Goose’s son was a coveted one, with the choice being narrowed down to three people for the role. Those three were Nicholas Hoult, Glen Powell and Miles Teller, with Teller winning the role, according to Variety.

Teller will officially play Goose’s son, and Maverick’s new protege. Teller took to Twitter with an iconic line to announce it (after Variety).

I feel the need… https://t.co/oOcIQW0zGS

Meanwhile, Glen Powell, who seemed to have been a fan favorite for the role had a funny response to not getting the job.

I’m taking down all the Tom Cruise posters in my bedroom. Maybe, I’ll leave one. Two for symmetry. Okay, the posters are staying. https://t.co/7gCpNLJCcz

Anthony Edwards portrayed Goose in the original film in 1986 directed by Tony Scott. Tom Cruise is reprising his role as Maverick in the sequel, and Val Kilmer might show up too. Top Gun: Maverick is being helmed by Oblivion director Joe Kosinski.

Top Gun: Maverick will deal with human pilots in a drone world, and the struggle with being replaced by technology. Cruise’s Maverick will be a teacher, dealing with the end of the “dogfighting” era that was at the center of the first film.

What do you think of this casting? Are you excited to see Teller suit up or would you have preferred one of the other gentlemen? It’ll be interesting to see who else shows up in this movie. It makes you wonder if offspring of any of the other characters will show up as well.

Next post RUMOR: Is There An ALIEN TV Series On The Horizon?