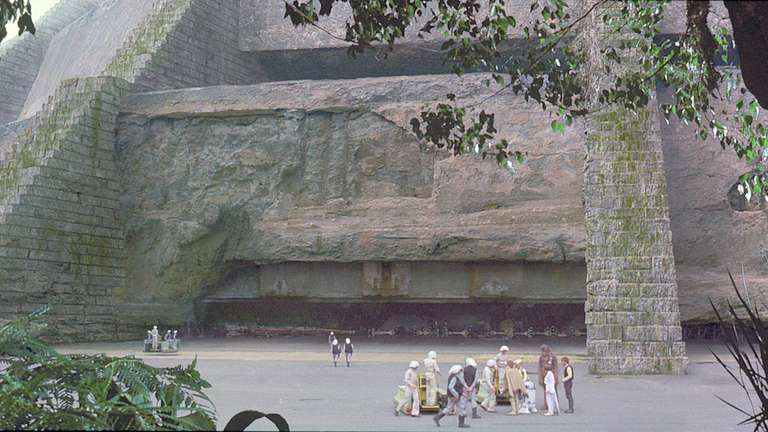 Disney and Lucasfilm have been trying to make their recent Star Wars films feel like the original trilogy, from the use to of familiar characters to using familiar plot beats.

It seems now that they will be bringing back a place fans may remember. According to Star Wars News Net, the next Star Wars film may include Yavin IV. An airship historian at the Cardington Airship Sheds in the United Kingdom told the site that Episode IX filming will be done in one of the sheds.

Hearing episode IX will have parts filmed at Shed 2 at Cardington. Heard from three different people so far. One works there and said he wouldn’t say – but clued me well, the others are contacts separate from the first person saying the same. Nothing physical yet to show.

This wouldn’t be the first time that Yavin IV would appear in a newer Star Wars film. The source, Trevor Monk, was the first to break the news to SWNN that Rogue One: A Star Wars Story would film in one of the same sheds and Yavin IV was in that film as well.

While it isn’t 100% certain that Yavin IV will be in the film, it’ll be interesting to see the return of the old Rebel base. With the Resistance’s base being exposed in The Last Jedi, it would make sense for our heroes to set up shop somewhere else. Why not return to the place where the Rebels turned the tide against the Empire three decades before?

Previous post Get On Those Tinfoil Hats! There’s A Fun Theory About The SNYDER CUT That I’m Actually Buying…