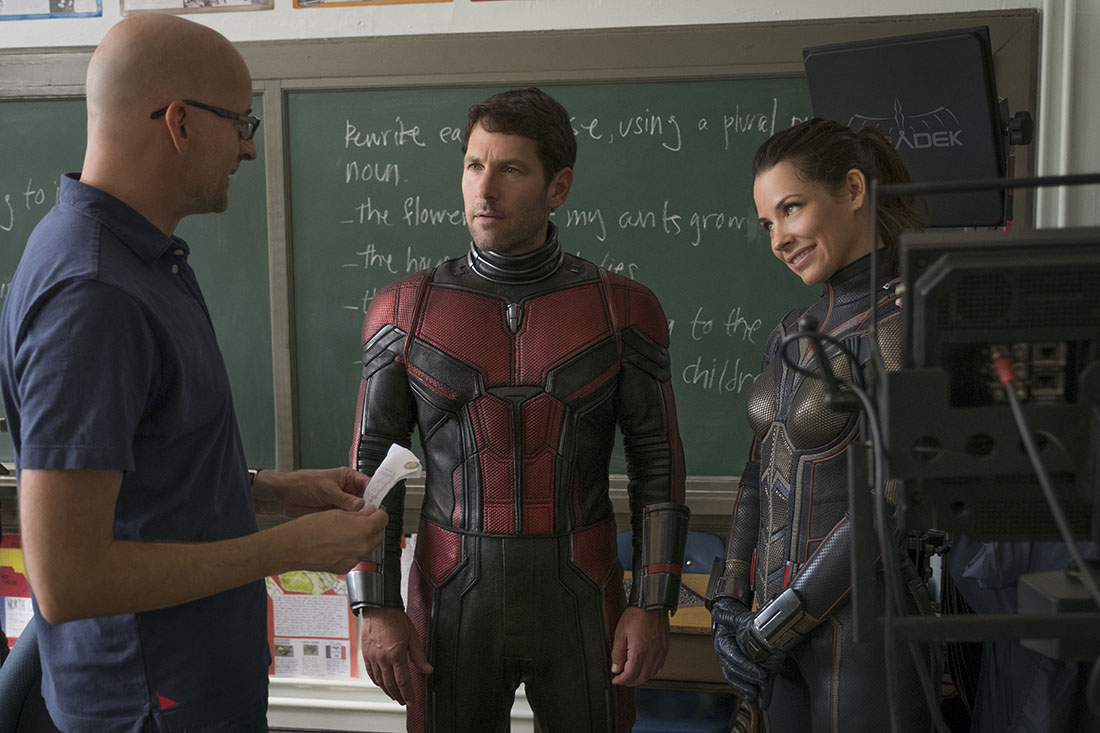 As audiences wait for the theatrical release of Ant-Man and the Wasp this weekend, talk is already starting to shift ahead towards future installments. When asked in a new interview by The Hollywood Reporter, director Peyton Reed offered the following:

“Do you have aspirations for an Ant-Man 3?

I’ll answer that question really honestly. Who knows, because I suspect, I don’t know this, but I think any further announcement of the slate — the rest of this year is going to be about the next Avengers movie and the tee up to that stuff. And then I think we are all hopeful. Just the same as last time. We didn’t have any idea there would be a second Ant-Man until maybe month or so after the first one came out. This was a giant question mark. With the first one, there was obviously behind the scenes drama that preceded me, but also, it’s Ant-Man. There was a question of, are people going to go see this movie? It was not a fait accompli. It could have gone either way. I think we are all interested in doing one. There is story to tell there. Definitely. There is story we’ve talked about potentially. I’m very, very hopeful.“

Reed also touched on one of the more popular topics of discussion among MCU fans these days: the possibilities for future films and characters, should the Disney-Fox merger pull through.

“The Fox merger, if it is in fact a reality, is something that’s so out of anybody’s hands right now. … If it were to happen, it’s no secret that I have a huge affection and affinity for the Fantastic Four. I was talking to Joss Whedon a couple of weeks ago about when I first saw his Avengers movie. That’s the closet thing tonally to what I had in mind for Fantastic Four, in terms of daytime Manhattan, fighting in the streets. It really felt great. Right around the time we were developing Fantastic Four, the first Incredibles came out. [I thought,] “OK, that’s a great Fantastic Four” movie. It’s a family of heroes, the powers are shockingly similar, if not copycats of the Fantastic Four. I loved The Incredibles.

There are certainly time where we sit around and I talk to Kevin — Kevin knows, because Kevin was around at Marvel when I was developing Fantastic Four. Also knowing now, it is an entirely different landscape than when those first movies were made. There would be definitely some reinvention to be had, but that would still excite me. No question about it.“

Are you interested in seeing Peyton Reed return to the MCU with an Ant-Man 3 or even helm a Fantastic Four film, should the Disney-Fox merger pull through? Be sure to share your thoughts with us in the comments section down below!

Next post ANT-MAN AND THE WASP: Michelle Pfeifer Was Always The First Pick For The Original WASP