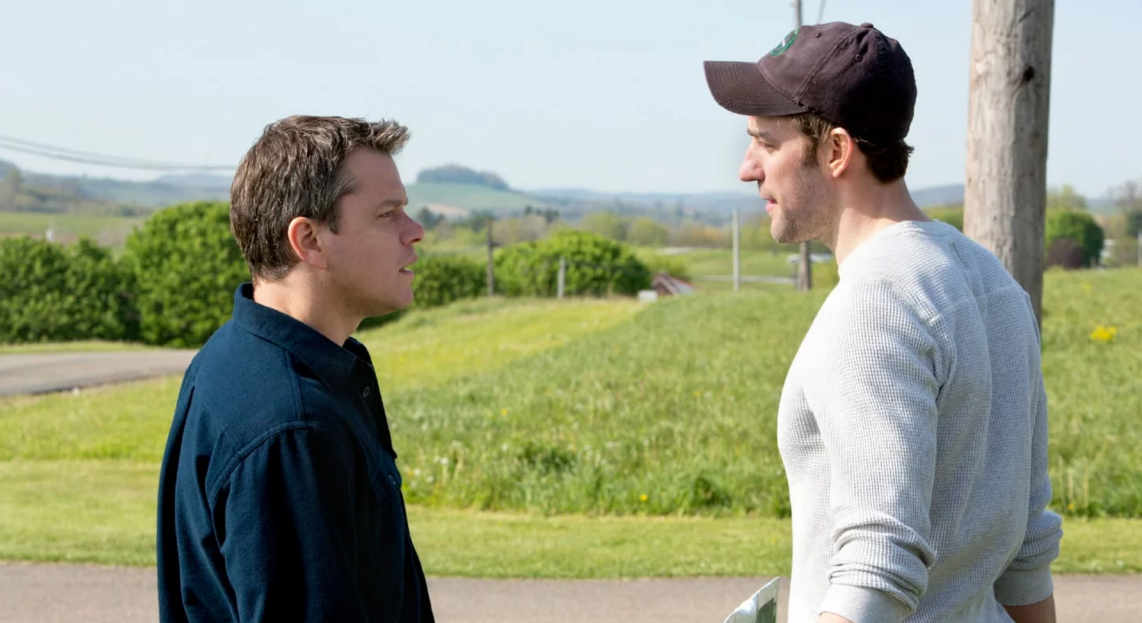 I’m kind of surprised that this particular match-up has slipped past my radar over the past several years. Practically everyone who keeps an eye out on films knows about the longtime friendship and history between Matt Damon and Ben Affleck… but color me surprised that A Quiet Place co-writer and director John Krasinski also shares a history with Damon as a creative duo. The two previously collaborated together on the story for Manchester by the Sea and also co-wrote Gus Van Sant’s Promised Land not too long ago.

Deadline is reporting that the duo will be collaborating once more for an adaptation of Daniel Ammann’s blistering biography, The King of Oil: The Secret Lives of Marc Rich. As the original novel’s subtitle implies, the project focuses on the life of the fugitive billionaire Marc Rich, who passed away in 2013. Damon will reportedly star as Rich, while Krasinski will produce the film alongside Allyson Seeger for Sunday Night Productions, as well as Vincent Sieber and Uri Singer. Deadline added that “Singer first optioned the book through his Passage Pictures and then partnered with Sunday Night.”

There are rumors that Krasinski may end up directing the film as well, but Deadline notes that this is currently “premature.” That said, considering the impressive success Krasinski found earlier this year with the horror hit A Quiet Place, I wouldn’t call it a stretch to see Krasinski take up the director’s chair. And if not Krasinski himself, then perhaps he and Damon could call up Affleck to see if he’s interested in directing the film either- but that’s strictly speculation and day dreams on my part.

Whoever ends up helming The King of Oil, it’s clear that there’s quite a bit of talent involved behind-the-scenes already. I’m not sure if I’ll be excited to see this movie happen per se, but this is a promising creative duo to pick for the project.

Be sure to share your thoughts on this latest John Krasinski / Matt Damon collaboration with us in the comments section below!

Previous post ANT-MAN AND THE WASP: Michelle Pfeifer Was Always The First Pick For The Original WASP