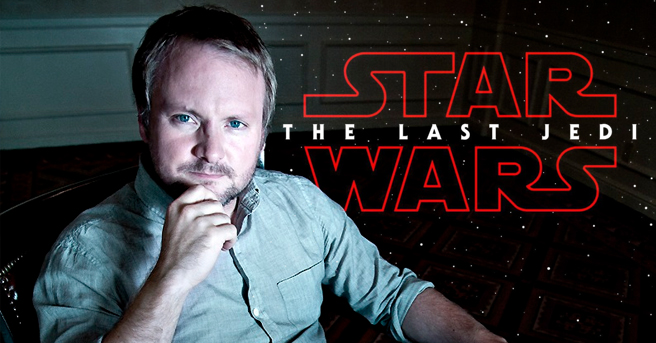 I love writing about Star Wars, but come on people. It’s okay to not like a movie. It’s perfectly okay to not be impressed with The Last Jedi. I loved it, but will talk to people like our Editor-In-Chief Mario-Francisco Robles all the time about different aspects of it. It’s okay not to like The Last Jedi.

What’s not okay is to harass actors, writers and directors over the thing you don’t like. Star Wars is not mine. Nor is it yours. Every filmmaker has the right to do what they want with their art. If you don’t like their art move on to the next thing and focus on what you love

Now that we got that out of the way, let’s do this.

Which was a passive aggressive way of throwing shade at Rian Johnson. But I guess it was effective, because Johnson replied (perfectly), responding to the “nothing bad happens to anybody” part specifically.

@SYNCHRONICDSGN was actually respectful towards Johnson’s reply, yet still debated, which Johnson had another response to.

I appreciate the response Rian, my main gripes are that you abandoned the spirit and heart of Star Wars in favour of your own ideas, opinions, and mindset, rather than continuing a 40 year legacy. Skywalker and the rest of almost every thing in the film subverted all that was.

and become soulless clean homages. But being alive means being messy, and it means every film won’t line up exactly with what every fan is expecting or wants. I’m sorry TLJ didn’t line up with your own certain pov, really, honestly I am. MTFBWY

To me, Johnson doesn’t need to constantly defend his art. But this conversation is about the least toxic one there is on the subject. Johnson’s point at the end there is the most important part:

“But being alive means being messy, and it means every film won’t line up exactly with what every fan is expecting or wants.”

Regardless of how bad things are right now, we still do have some freedoms left. One of those is to be able to choose what movies you want to watch and which ones you want to ignore. With The Last Jedi, Johnson made the movie he wanted to make, and millions loved it. Others didn’t and that is okay. I live and breathe Star Wars. If a chapter was ever made that I didn’t like, I would focus on the ones I did. Perhaps that’s why the prequels weren’t mentioned in this piece at all….

Be kind. Love what you love. Be the person Mr. Rogers thought you could be.

CONTINUE READING: “Loving What You Love Without Hating What You Don’t: Surviving Fandom In 2018“

Next post Fox Wants You To Make Your Own Short ALIEN Anthology Film!