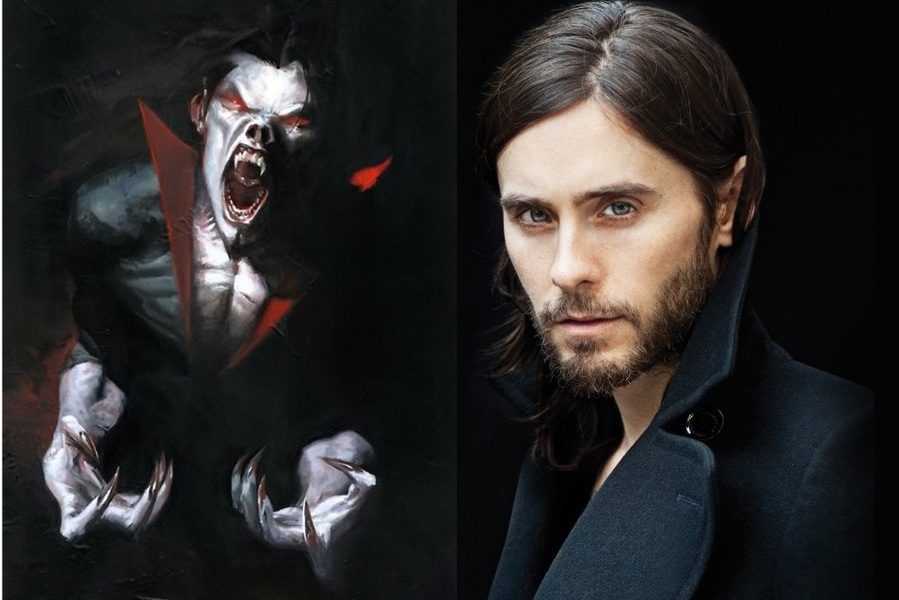 While he wasn’t particularly amazing, I didn’t hate Jared Leto’s take on the Joker. Metal teeth and overabundance of tattoos aside, I dug his Scarface-inspired take on the Clown Prince of Crime and think there could still be potential with that incarnation of the character if properly realized. At the end of the day, I still think that Leto can turn in a great performance. Interestingly enough though, Leto has just nabbed another superhero role.

Aside from potentially reprising his Joker role in a solo film with Warner Bros., Leto will now also star in one of the next entries in Sony’s upcoming Spider-Verse films: Morbius.

“Sony has tapped Jared Leto to star in the spinoff “Morbius,” based on the Spidey villain of the same name. Sources also tell Variety that “Safe House” director Daniel Espinosa will helm the movie.

Leto has been loosely attached to the project for some time, but wouldn’t fully commit until he knew the film was headed in the right direction. He asked to meet with several of the filmmakers who were up for the job. Espinosa met with Leto last month in Germany while Leto was touring with his band Thirty Seconds to Mars, which eventually led to him nabbing the job.

The film was penned by the team of Burk Sharpless and Matt Sazama, who worked on Netflix’s “Lost in Space” series. Palak Patel will oversee the pic for the studio.”

Variety also notes that despite his new leading role as Morbius, Leto’s position as the Joker remains intact.

As with his Joker, I don’t hate this casting. Leto can still turn in good work. Personally my issue is the big “Why?” Why does this movie matter, Sony? Why go through all this trouble again?

What do you think? Be sure to share your thoughts in the comments below!