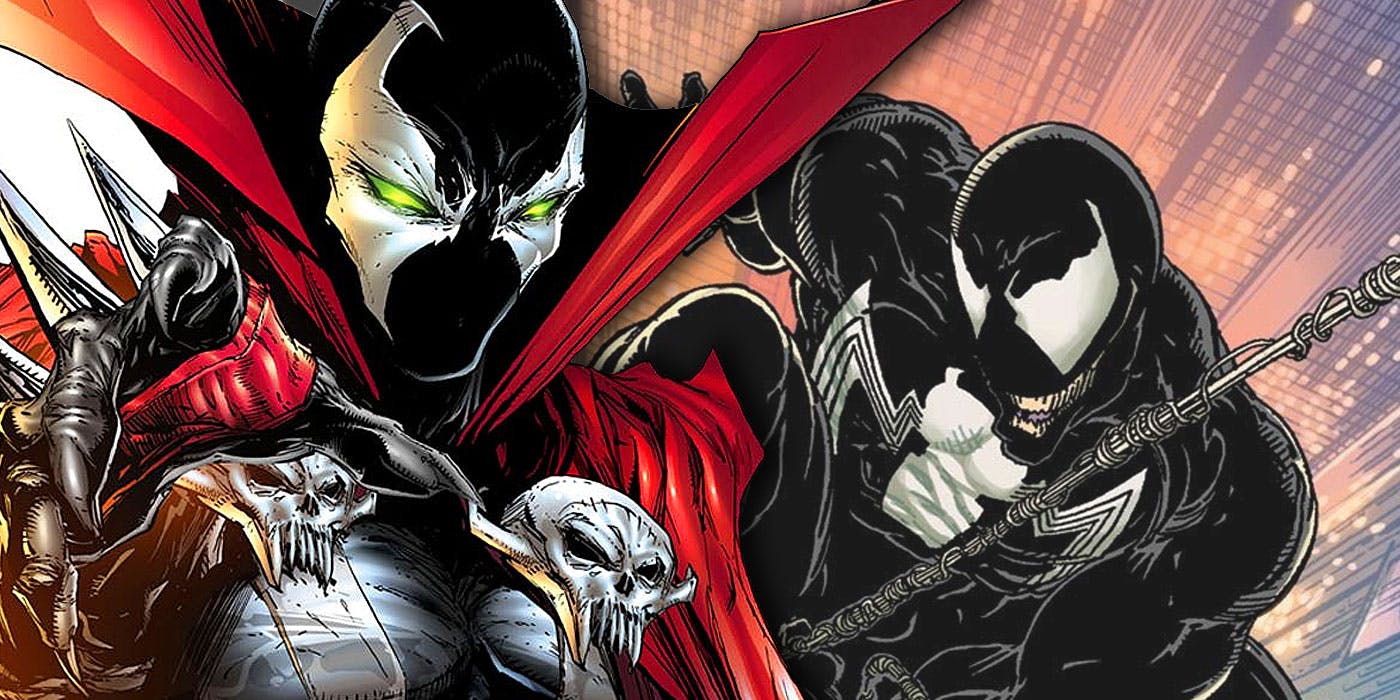 Comic book legend Todd McFarlane would love to see two of his greatest creations on the big screen together.

Speaking with CBR, McFarlane talked about the possibility of seeing Tom Hardy’s Venom crossing over with Jamie Foxx’s Spawn, which McFarlane is currently working on.

Here’s a big ‘What If.’ What if Sony distributes Spawn? Then is it possible that in the future Sony could have a crossover with Venom and Spawn? It’s possible. So, I will be presenting that possibility to the Sony executives when we get ready.

And then what happens ten years down the line, when they want to do a Spawn/Venom crossover and they get the guy who helped create both those characters to direct it? Might be kind of cool.

While it’s no doubt that McFarlane is being hypothetical with this scenario, a lot of these “What Ifs” would assume that both Venom and Spawn are big hits for Sony. If one of these films – or even both of them – doesn’t do well, the idea of a crossover with Venom and Spawn would be dead on the spot. While there seems to be some steam behind the Venom movie right now, there’s no guarantee that audiences will embrace Spawn.

Then there’s whatever idea Sony has for the Venom character going forward in this Spider-Man-less cinematic universe that the studio is putting together. How would Spawn work in that universe? Where would he fit into whatever future plans Sony has?

While it would be cool to see both Hardy’s Venom and Foxx’s Spawn in a film together, a lot of stars will need to align for McFarlane’s dream crossover to come true. But, as we’ve learned in Hollywood, never say never.

Venom will arrive in theaters on October 5, while Spawn currently doesn’t have a release date.

What do you guys think of a potential Venom/Spawn crossover?