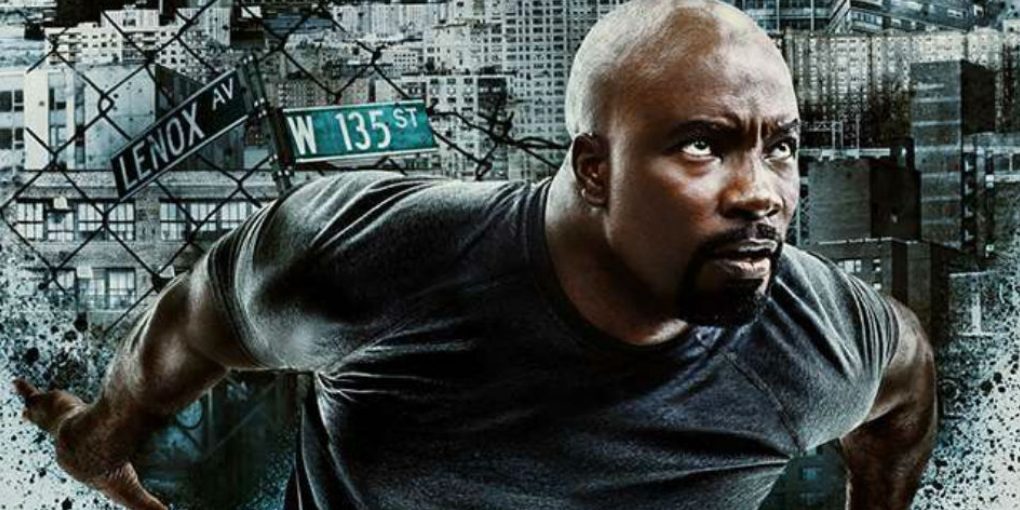 Among the hundreds of exclusive and original shows that Netflix has to offer on their premier streaming service, Marvel fans with a subscription have had the opportunity to enjoy the adventures of the heroes that patrol the streets of Manhattan, Hell’s Kitchen and Harlem. Among them is the hero of Harlem, Luke Cage, whose second season just released for the whole world to see last Friday, June 22nd, 2018. Trust me, Revengers, Luke Cage’s sophomore outing is one of the best seasons of the Marvel/Netflix universe by far because the show doubles down on all the elements that fans loved about the first season and it finds a way to break new ground; not by going bigger, but by diving deeper into the world introduced and in the development of its characters.

Following the same timeline structure as season 2 of Jessica Jones (Krysten Ritter), this season of Luke Cage (Mike Colter) picks up right after the event that takes place during Defenders in Midland Circle. Having been on “hero mode” non-stop without having the opportunity to deal with the emotional baggage left over from the end of season 1, we find our titular hero attempting not to lose himself to anger and rage while still doing the right thing for the borough that he wants to protect. The effects that his inwards struggle have on his relationship with Claire Temple (Rosario Dawson) and the arrival of his father (Rev. James Lucas played by Reg. E Cagney), now the appointed preacher at a local Harlem church, fuel his emotional journey throughout the season. Our protagonist does a very good job of playing this down-to-earth guy that feels over-whelmed by the demands of being the hero that Harlem sees in him while attempting to make the decisions that need to be made for the good of Harlem, even if it means losing who he is in the process. The evolution of Luke Cage throughout the season is a delight to see and worthy for our main hero and protagonist.

With our series’ lead, we see the return of Mariah Stokes a.k.a Black Mariah (Alfre Woodard), Hernan Alvarez, a.k.a Shades (Theo Rossi), Claire Temple a.k.a Night Nurse, Mercedes “Misty” Knight (Simone Missick), among others. Most of these characters receive very strong arcs this season that are gracefully intertwined with Luke’s journey. Mariah and Shades receive some of the most ppowerful scenes this season. Missick‘s Misty Knight is given great material to work with as her character finds the way and the strength to continue to be a beacon of light for Harlem as one of New York’s Finest.

The newcomers that are of note are Matilda “Tilda” Johnson (Gabrielle Dennis) a.k.a Nightshade, Rev. James Lucas (Reginald E. Cagney final, but charming performance) and the antagonist, John McIver a.k.a BushMaster. The latter, played by the talented Mustafa Shakir, brings a fresh take on a classic revenge story that is enriched by the exploration of Jamaican culture and society in Harlem. The perfect mix of charm, relentlessness and power that Shakir brings to the role of Bushmaster is what make his character one of the best parts of season 2. Similar to Black Panther‘s (portrayed by Michael B. Jordan), Marvel succeeds in providing us with an antagonist that is relatable, fascinating and a pleasure to watch.

Music remains a defining force that brings world of Luke Cage to live with a masterful selection of tracks on every episode that rivals the soundtracks for the Guardians of the Galaxy movies (personally, I enjoy Luke Cage‘s soundtrack more. Yeah, I said it, lol). Every scene in Harlem’s Paradise still remains as iconic and fresh as the first time that we set foot in that club during season one. By the end of the season, the idea of Harlem’s Paradise as character itself evolves in a very interesting way that will spark discussions for future seasons. When it comes to the action scenes, the showrunners do a great job of playing for laughs how incredibly strong and indestructible Luke Cage is by over-stating the fact that standard henchman stand no chance against him. As a running gag, there are many henchman that are knocked out instantly by just a tap on the head by Luke Cage. Having said that, the fight choreographers did a great job with the fights between Cage and Bushmaster by taking into consideration that those bouts were between two characters that were evenly matched and, thus needed to be interesting. All the bouts were unique and were spread-out throughout the season. One of the best decisions that the showrunners made was to give more importance to the individual story arcs that each character had thus creating the perfect balance between good action and great story. By understanding that we have a hero that is almost unbeatable, the show focused on giving us the best story possible throughout the multiple characters that we follow throughout all thirteen episodes.

Although this might be a tad spoilery, I feel the need to share that on episode 10 we have one of the coolest comic book duos and moments with the guest appearance of Danny Rand (Finn Jones), the Immortal Iron Fist. Though there are still issues with the fight choreography and its performance by Finn Jones, his portrayal of Danny Rand has improved remarkably and the relationship between his character and Mike Colter’s Luke Cage makes me very excited about the possibility of a future “Heroes for Hire” series or event on Netflix. For those that are not aware of “Heroes for Hire”, it is a comic book series that centers on Iron Fist and Luke Cage’s day-to-day escapades as part of their literal “Heroes for Hire” business. The “hero for hire” concept is teased throughout Luke Cage season 2, so the seeds are definitely there. (Netflix!!! Make This Happen!!! Yesterday!!!)

If you enjoyed season 1 of Luke Cage, you will love its sophomore outing. It’s one of those rare sequel series that finds a way of giving us more of what we love, while introducing new elements that make the entire experience surprisingly better and gratifying. To put it simply, it is The Godfather Part 2 to The Godfather. Yes, the improvements are that good and the ending leaves you desiring to see more of Luke Cage‘s story and the borough that he strives to defend.

Luke Cage season 1 and 2 are now playing on Netflix. Check it out today and share your thoughts with us on the comments below and let me know what you loved about it on Twitter.