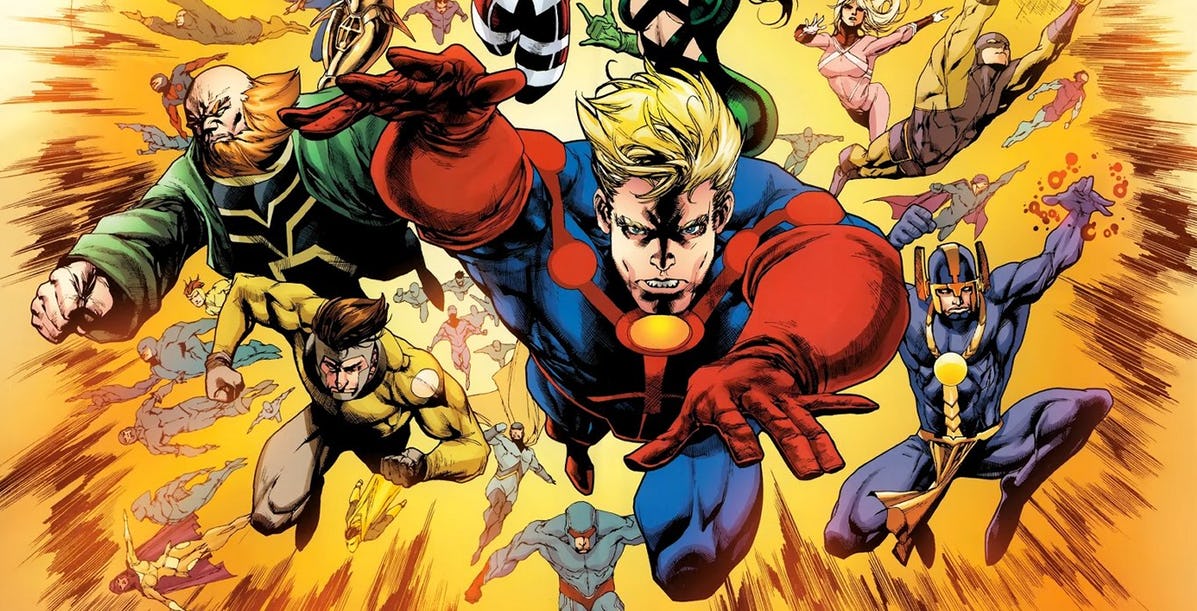 We’re in a weird stage of the MCU right now. While Ant-Man and The Wasp is right on the horizon, people are still reeling from the events of Avengers: Infinity War.

The post-Avengers 4 schedule is a bit hazy. We know we are getting a Spider-Man sequel, and a Guardians sequel. Outside of that, nothing has been confirmed. But one rumor is that we are getting a movie about The Eternals as well.

“Well, one of the cool things about that property and what Jack Kirby did with it and what’s been done with it in recent years is it does tie into they’re called Eternals, they’ve been around for a long time. You know? There’s this notion of all of these myths and legends that we know from ancient times, were they inspired by the Eternals”

Feige didn’t outright confirm that an Eternals movie is coming, but he didn’t deny the idea either.

“Were they Eternals? It’s a very … you know, it’s an ancient aliens kind of sci-fi trope that we think would be fun to explore someday.”

Whether on purpose or not, the seeds have been planted for a movie already. Thanos is an Eternal. So whether the movie is in present day and deals with his actions, or in the past, Thanos could be involved.

Post-Avengers 4, the MCU is going to get weird. They will lean heavily into the Cosmic Side of things, which we’ve seen pieces of in the Guardians of the Galaxy and Thor movies. We could potentially see movies focusing on Yondu’s original group, Howard the Duck, and Adam Warlock. The Eternals seem like the safest of those bets though.

We will find out Marvel’s full slate in due time. Expect a few announcements at D23, since the movie side of Marvel is skipping out on San Diego Comic Con this year.

Are you excited to see The Eternals on the big screen?