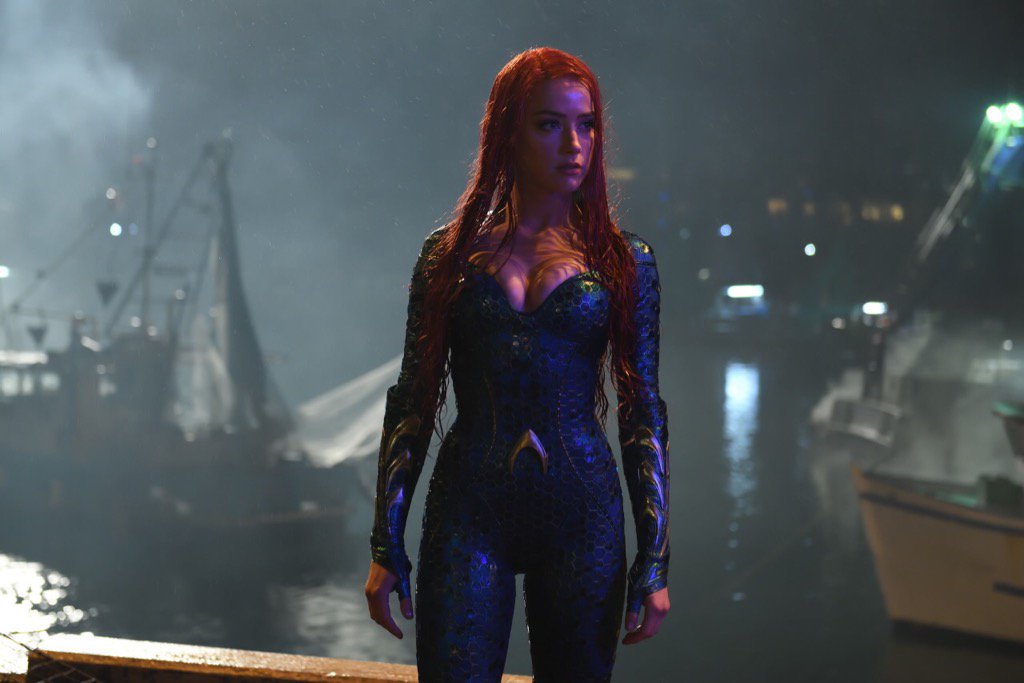 Following their report last week on James Wan’s ambitions for the world of Atlantis in his upcoming Aquaman film, Entertainment Weekly has published an interview with lead actress Amber Heard on her character Mera. While quite a lot of chatter has already been made about Heard’s story on how Justice League director Zack Snyder pitched the role to her, the big takeaway from the full interview is that Heard is incredibly passionate about this character now.

For starters, let’s look at the entire question-answer of what Heard said leading up to her story about Snyder:

ENTERTAINMENT WEEKLY: What excited you about this role?
AMBER HEARD: That Mera has her own name. Before I decided to take on this role I read a couple of the comic books and I was struck by how Mera was introduced. She comes into this one scene in the first comic I read where Arthur (Jason Momoa) is attempting to save the town from a flood and she helps him. She has an equal part in saving this village. And these civilians turn to each other and say, “Who is that? Is that Aquawoman?” And she says something to the effect of, “No, I have my own name, my name is Mera.” That resonated with me as somebody who’s always been allergic to being the damsel, the two-dimensional archetype of what women are often limited to in this industry — especially in the superhero world.

“She’s a warrior who was raised by the queen of Atlantis before she passed. We meet Mera after the queen has long since left and she’s been raised to take over as queen her whole life. She’s been raised to serve her kingdom and rule over Atlantis with King Orm (Patrick Wilson). She’s very disciplined and almost militaristic. She’s fully dedicated to saving her nation and that serves as an impetus to go to the surface world and elicit help from Arthur who’s the polar opposite of Mera — he lives in the moment, he’s confused about his identity, he lacks the purpose and focus that Mera has, which makes them an unlikely duo. But it’s that disparity that makes a nuanced relationship between them. Where one is strong the other is weak and those differences are a conduit for their bonding…

… Justice League highlighted her militaristic side. In Aquaman we have a fuller picture, not just her as Mera of Atlantis but also see her struggle in the surface world in civilian clothes. One of my favorite scenes is her first time on the surface world and she’s forced to dress as a normal human. We wanted to honor the comic books, I wanted to stick with how she’s depicted in the comic books in a superficial way, I wanted to go full comic book as to how she looks, but it’s in the nuance of her personality where I wanted to push the boundaries.“

I always find it exciting when actors get passionate and talk in-depth about their characters like this. The fact that Heard threw herself into the comics after landing the part and took the time to study Mera as a character has me pumped to see her performance in Aquaman later this year. I sometimes worry that it’s all too easy for someone in the film business to look down on the superhero genre as a modern “B-movie,” so to see anyone recognize the potential merits of the genre and its characters like this is something to celebrate.