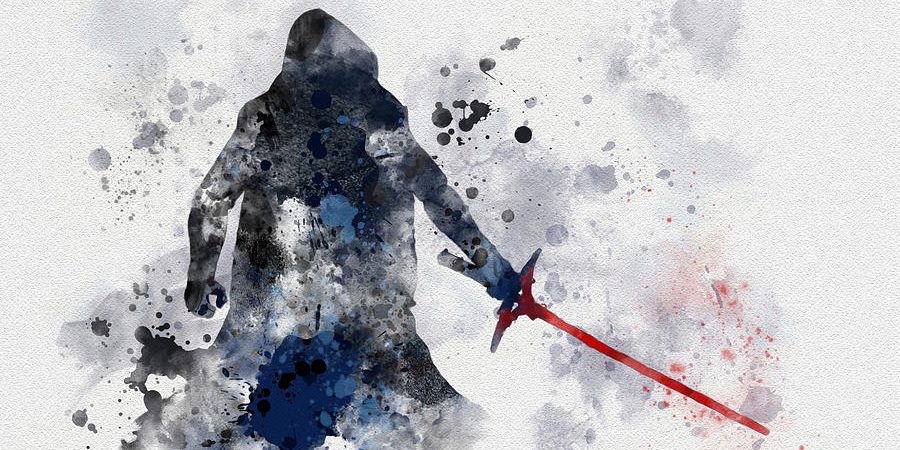 Let’s start this Star Wars column off by making a few things clear:

To recap how I’ve felt about the new Star Wars films since the purchase of Lucasfilm by Disney, which should give you insight as to where I’m coming from:

Okay, with all of that context out of the way, let’s get right on down to my reaction to yesterday’s big rumor.

“The Tragic Misdiagnosis of What’s Hurt The Star Wars Franchise”

Unless you’ve been a hermit, hiding in the dunes of Tatooine waiting for a teenage boy to come visit you, you’ve likely heard about the current rumor that Lucasfilm is hereby suspending work on all future Star Wars Story movies. Those would include James Mangold’s Boba Fett, and Stephen Daldry’s Obi-Wan Kenobi. The primary reasoning for putting those films on hold is said to be that the bombing of Solo: A Star Wars Story at the box office has been very sobering for the studio, and they’ve decided they’d rather focus on the core saga than risk continuing to water down the franchise.

But there’s a big problem with that.

And that problem is that Solo didn’t flop because folks think the series is getting too diluted; It flopped because it simply wasn’t a story that needed telling, and it offered hardly anything new or unknown.

The very idea of a Young Han Solo movie was always somewhat baffling, and the cold shoulder audiences have shown the film is proof of that. If we are to look at established precedents within the Star Wars franchise itself, we’ll see that every time we’ve gone back to see a character at an earlier part of their life, it was for reasons that were monumental and meaningful. Say what you will about the Prequels (please do), but there was a reason for those movies- to see how Anakin Skywalker and Obi-Wan Kenobi ended up transforming into the iconic characters we met in A New Hope.

There was a ton of built in mystery and intrigue there, especially when you rewind the timeline to a point where they were so diametrically different than the men we met in Episode IV. Darth Vader, starting off as a wide-eyed, exuberant little boy? Wise Old Ben as a risk-taking rookie trying to understand the ways of The Force while actively going against the advice of the Jedi High Counsel? Regardless of what you thought of George Lucas’ execution of those movies, there’s no denying that  those films made a case for their existence.

Solo: A Star Wars Story never made that case.

The Han that we saw in the (very few) trailers for the film didn’t seem that different than the one we met in Mos Eisley in A New Hope. Yes, he looks slightly younger (Alden Ehrenreich is in his late 20s, Harrison Ford was in his late 30s), and he might be a little more optimistic (“I’ve got a good feeling about this!“) but there’s nothing in the film that wows you about his development as a character. There was nothing in the marketing that implied “This is a story that needed to be told, and therefore you can’t miss it because we’re finally going to answer those nagging questions you’ve always had.” Unlike the Prequels which, once announced, created a question worth answering, Solo was just kind of…there.

That’s why I’d argue that the reason the Star Wars Story concept may have stalled out is not because of the concept itself, but rather the story they chose to tell.

For proof of that, look no further than Rogue One.

That film made a case for itself, and audiences agreed that it was a trip worth taking. The film made $1.1 billion, got an A CinemaScore from fans, and generally favorable reviews from critics. And it did all of that while promising a never-before-seen story! Think about that. They built a film around the very first band of rebels who decided to roll their sleeves up, risk their lives, and go to war with the Empire by infiltrating their Death Star plans. The events of the film were only alluded to in A New Hope, but now we’d get a chance to see the mission itself. That’s exciting stuff!

Honestly, that should’ve been the roadmap for the Star Wars Story concept: Telling stories fans have next to no knowledge about. Exploring fresh characters and concepts that shine a light on corners of the galaxy that have never been thoroughly looked at.

Instead, they followed that up with Solo, a film whose main concept was Telling a story that puts images to stuff we already know about.

“Oh! That’s the card game he won the Millennium Falcon with!”

“Oh! That’s why he and Lando are frenemies!”

While I enjoyed the film a great deal, I can’t argue with anyone who opted to sit this one out until they’re given a movie that really fires up their imagination.

That’s another big problem with the Star Wars Story concept, and it’s at the heart of why folks didn’t try to grab Solo‘s hand as he fell into the Sarlacc Pit last month.

In the early days of the concept, the idea for these Anthology films was for them to explore new ground. It was a refreshing idea, because it meant they wouldn’t be tethered to anything. It meant filmmakers could go anywhere they want in the big sandbox George Lucas created, and allow their creativity to tell completely standalone stories.

While talking about Rogue One a few years ago, Kathleen Kennedy said this:

“It’s certainly exciting as a filmmaker, the notion that we can explore these stories that genuinely have a beginning, middle and an end, and don’t necessarily have to tie into something specific.“

And that’s precisely where things went astray with Solo: A Star Wars Story, and with all of the other Anthology films that have been rumored/announced, like Kenobi and Boba Fett. The concepts for these films don’t scream “exciting standalone experiences that don’t really connect to what we’ve seen before but rather give us new stories and characters to spend time time with.” Instead, they shout, “Here’s more time with characters you already know, in stories that kind of fill in blanks you didn’t need filled!”

It’s unbelievable, when you really think about it. The Star Wars galaxy is infinite. You can tell practically any kind of story imaginable. The only limit is your own creativity!

Space western? Space opera? Intergalactic love story? Knights of The Old Republic? A Samurai-style movie? Espionage? Detective story? A cosmic musical set on Endor? Want to make a movie that’s not set “a long time ago,” which features Jedi coming to earth? I’m not saying any of these are great ideas, but the point is…

You can do anything!!!

And yet every idea beyond Rogue One has treaded- or threatened to tread- familiar ground, with familiar characters, doing familiar things. Even Rogue One itself was way too attached-at-the-hip to A New Hope for my liking, but I accepted it because at least it was covering storytelling ground and using characters we’d never met before.

But it’s time to move beyond the expansion of the Original Trilogy mythos. If not? I’ll let Yoda handle this:

Diagnosis: Yo No Se?

Whenever a film flops, especially when it’s part of a property that’s generally considered a can’t-miss proposition, it leads to all kinds of internal navel-gazing. And the attempt to find the reason- the smoking gun– for “Why?” it failed doesn’t always prove successful. Sometimes it’s because certain suits present their theories with the hopes of saving their jobs, and other times it’s because the “message” sent by fans and critics was somewhat unclear.

The truth is, it can be hard to tell. When a film blows up right before your very eyes, it can look like a Rorschach Test and, if you’re a film executive, you may only see what you want to see.

But I’m here to tell you right now, if Lucasfilm looked at what happened with Solo and determined that the problem is that folks don’t want to see more Star Wars Story movies, then they’re dead wrong. People want them. Badly. But what they want from them…that’s the big thing:

They want to new, exciting experiences. They want to be transported to far off corners of a galaxy that’s barely had its surface scratched.

Give us Star Wars Stories like that, and you’ll never have to worry about a flop again.

The films shouldn’t focus on specific characters. They should focus on events, like Rogue One did. Take us on an adventure; Don’t simply expand the backstory of an existing character.

That’s why, as much as I would love to see Kenobi: A Star Wars Story, I’ve got to stand alongside my RTF brother Aaron Virola and say “The World Doesn’t Need An Obi-Wan Movie.”

And, look, I know there are now reports surfacing that claim that Collider is wrong; That Boba Fett and Kenobi are still on. But you know what? Even if they are, I’m hoping Lucasfilm takes its time to reassess and realign these projects so that they- at least- have a sense of urgency, relevance, and “Oh, wow! I never would’ve imagined this to be true. I’d better see how it plays out, because that’s genius!” Give us a movie with Obi-Wan in it, if you must, but don’t make it about him. Make it about some chapter or experience in his life that’s at-odds with everything you’ve ever thought about him.

Thanks for reading. If you feel as I do, then please share this with your friends, because I think it’s an important message for the decision-makers at Lucasfilm. Star Wars is too beautiful a thing to see them risk more Solo-esque misfires ever again.