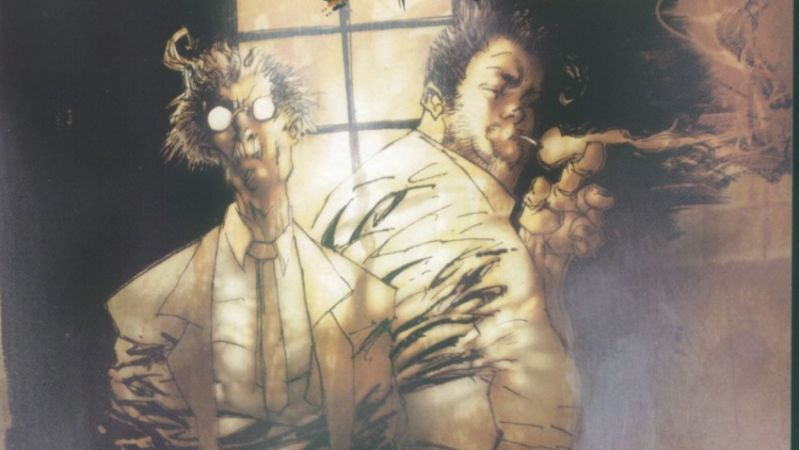 Todd McFarlane – creator of Spawn – is busy preparing to shoot the Spawn movie for Blumhouse starring Jamie Foxx. But that won’t be the only part of that universe coming to the screen.

Before the Blumhouse movie was even a thing, writer/director/podcaster Kevin Smith was tapped to write a series for BBC America called Sam and Twitch based off of the characters in the Spawn universe of the same name.

For one reason or another, it lost some momentum, but McFarlane talked to ComicBook.com about the project.

“It’s Hollywood. Hollywood has its fits and starts. We’ll see. Sometimes you just need things to help motivate people. So, maybe the attention from the Spawn movie may or may not help them. If it works commercially, on the Monday after the opening weekend, all of a sudden all of these ideas that I’ve been trying to push up the hill in Hollywood, I think they will open the doors and welcome them, with arms wide.”

Kevin Smith feels the same way. He has said on numerous occasions that he is going to do Jay and Silent Bob Reboot, but doesn’t quite have the funding yet to start shooting. However, he’s said that if there is enough interest in those characters again, then funding will come easier. That is a big reason (outside of being an enormous Degrassi fan) that Jay and Silent Bob show up in Drake’s new music video for his song “I’m Upset”. (You can see them throughout the entire video, but primarily at the 2:58 mark and the 5:06 mark below). They are now back in the pop culture lexicon. It is nice that McFarlane and Smith are on the same page about how Hollywood works.

Back to Sam and Twitch – there is no word on whether the Blumhouse movie is supposed to be in the same universe as the TV show, but the character of Twitch is supposed to appear in the film. So that could have a lot to do with it. Do they want to tweak things so they are connected? In which case, the actor for Twitch would have to be locked into a TV deal as well.

Are you looking forward to a Sam and Twitch series? Would you like the show to be connected or separate from the Spawn movie?