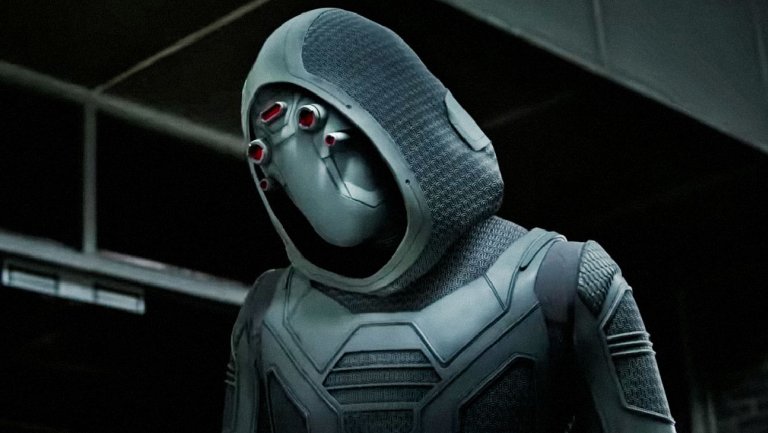 Ant-Man and the Wasp will be the first appearance of the villain, Ghost, in the Marvel Cinematic Universe, but it may not be exactly the same character that comic readers may be used to.

The character, played in the film by Hannah John-Kamen, was originally a Iron Man villain, but, as producer Stephen Broussard discussed with ComicBook.com, the filmmakers wanted to introduce a new interpretation of Ghost in the MCU.

Hannah John-Kamen has been announced for playing a new interpretation of Ghost which was a classic character created by Bob Layton which was primarily an Iron Man villain based on tech based on light. He had this suit in the comics, and in the comics Ghost was a character of mystery. You didn’t really know the alter ego of that person. You didn’t know their real name.

We thought that was a cool opportunity to create a character that was all about mystery and kind of, ‘What are the origins? and ‘What is the backstory? What is the goals and agendas of this person?’ It was a great vehicle for the kind of the story you wanted to tell because Ghost in the comics itself was a mystery. So she’s very different from what has come before in the comics but in ways that kind of…Suffice it to say that she is on a path and she is on a mission at odds with our heroes on this journey but of a similar goal, of a similar aim, at the worst possible time for Scott Lang.

The power set is the same and the look is actually pretty classic. It’s a reinterpretation but like a modernization. Our design team does a great job. When you think of Ghost you think of the hood. You think of the white suit and everything like that and Hanna wears it very well. She’s awesome. She’s really, really badass.

In the past, Marvel has taken liberties with their characters by changing certain aspects, but keeping many of the key things that have made those characters popular. It sounds like Ghost will be in the very same camp. And you can never go wrong with making an already badass character more badass.

Ant-Man and the Wasp will hit theaters on July 6.

Next post The CREED II Trailer (And Poster) Is Here!