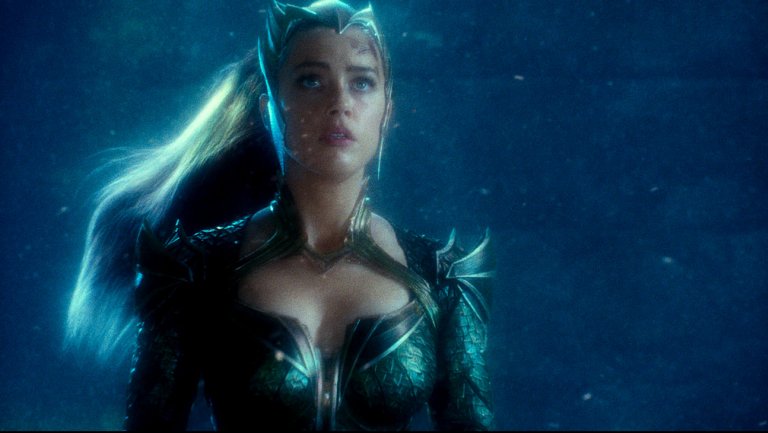 We got a glimpse of Amber Heard’s Mera character in Justice League last year. Now, we will see her in a bigger and better role when Aquaman hits theaters at the end of the year.

According to Entertainment Weekly, Heard was not interested in the role at first. It took Snyder giving her a deeper understanding of the character for her to sign on.

“I’m allergic to being the damsel, the two-dimensional archetype of what women are often limited to in this industry, especially in the superhero world.”

That is an understandable point of view from anyone, but I can really see Heard feeling that way with all of the alleged abuse she suffered at the hands of her ex-husband Johnny Depp. So what did Snyder tell her about Mera to get her to sign on?

A Wonder Woman-esque warrior sounds much more appealing than “you’re the girl Aquaman gets to save and flex his muscles for.”

James Wan, not Snyder, directed the Aquaman movie. In an interview with Bustle way back in 2016 with Bustle, Wan talked about Heard as Mera.

“I think Amber will bring that sense of strength, but at the same time, we also want someone who has a sort of feminine quality to her as well,” Wan said. “She’s a bit of a contrast to Momoa, who’s more of a muscular machine almost.”

San Diego Comic Con starts exactly a month from today, and we will see more then.

What do you think of Heard as Mera?

Aquaman is out December 21st. So put a snorkel on your Christmas list.