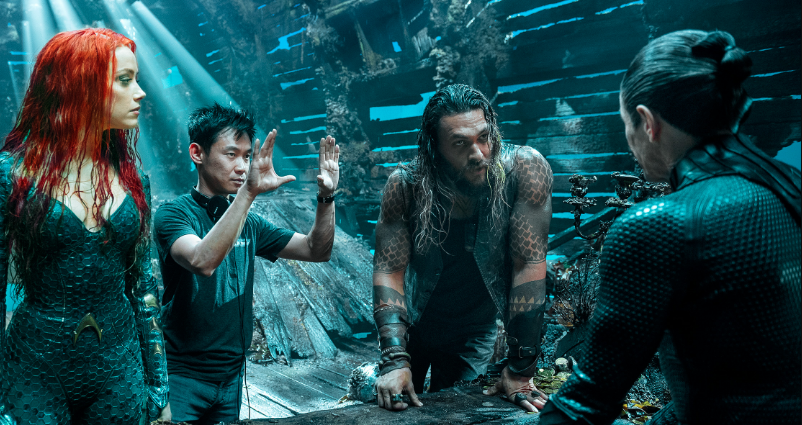 Following right on the heels of their first look at villain Black Manta, director James Wan continued to provide new photos and pieces of information about his upcoming film Aquaman with Entertainment Weekly. This time, Wan focused on one of the most important aspects about making an Aquaman movie- his kingdom under the sea, Atlantis.

While audiences were able to catch a brief glimpse at the underwater kingdom in last year’s Justice League, Wan emphasized that his take on the legendary location will be unlike anything else fans have seen in the DCU to date. He stated:

“The water world my movie takes place in is so separate and so far apart from previous DC movies it’s like I’m making my own sci-fi fantasy film. This is a whole new underwater world nobody has seen before in live action.”

“Rarely has a superhero character been married to the real-life actor as much as Aquaman and Jason Momoa. He’s authentically from two worlds, he’s this real physical specimen, he’s got this humor which he’s never been allowed to play before — in every regard he is Aquaman.”

For anyone that might care, this marks the third Aquaman story from Entertainment Weekly that I’ve reported for Revenge of The Fans in the past twenty-four hours. First it was Wan’s “They’re just gonna talk” quip. Then it was the aforementioned first look at Black Manta. And now I’m the lucky guy that keeps to share here on the site what Wan told EW about Atlantis! God, I am excited to see this movie.

But what matters above anything else here at the site is what you the fans think. “By the fans, for the fans,” as our motto goes. So what do you think? Are you excited as I am to see Wan’s take on Atlantis? Whatever your thoughts are, be sure to share them with us in the comments section down below!

Next post In A Monumental Move, Pinar Toprak to Score CAPTAIN MARVEL!