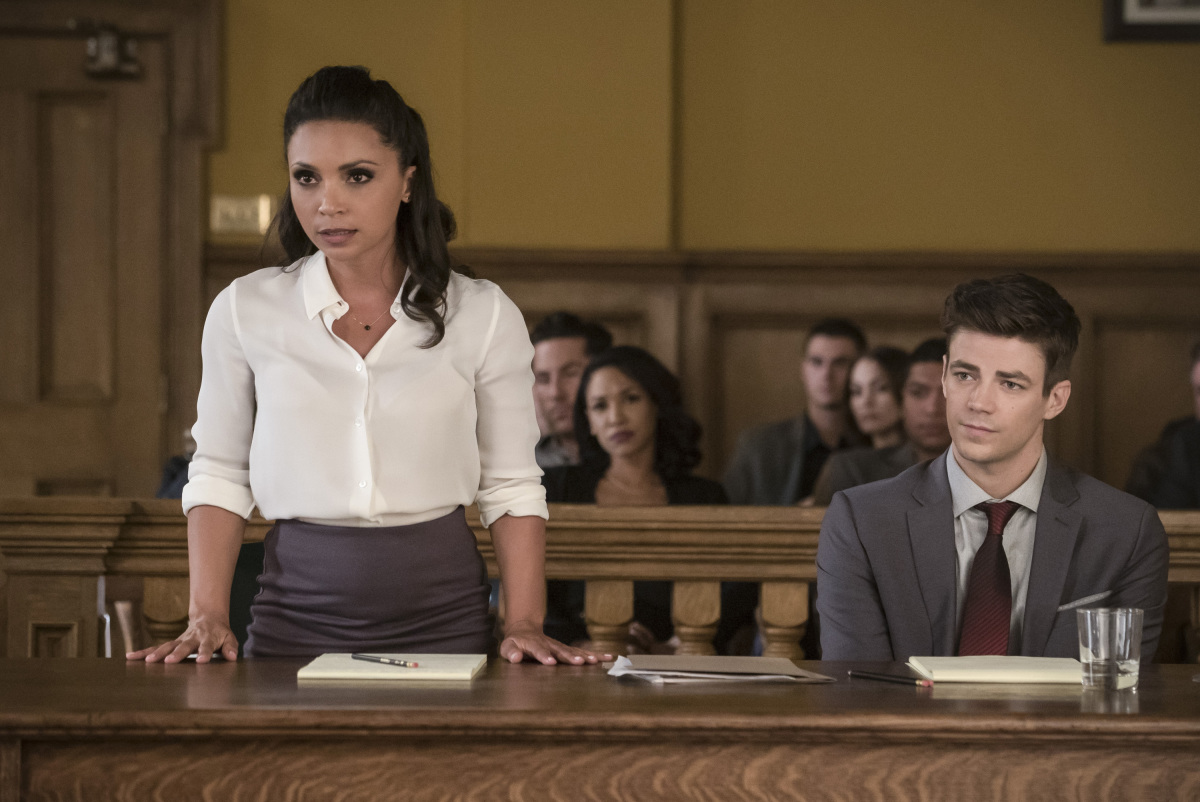 Keiynan Lonsdale will not be returning to The Flash or Legends of Tomorrow as a series regular, but the woman who plays his stepmother, Danielle Nicolet is being promoted.

Deadline reports that the actress, who has been a recurring guest star as D.A. Cecile Horton since season 1, is now going to be a series regular when the fifth season of The Flash begins in the fall.

Nicolet was in the last season quite a bit, being the love interest of Joe West (Jesse L. Martin) and gaining powers to read minds when she became pregnant with West’s third child. In the finale, Cecile finally gave birth. There was no indication if her powers went away after the birth.

Even though that chapter of Cecile Horton’s story is closed, the writers must have something planned for her, for them to promote her.

There is no word if the other heavily recurring guest star last year, Hartley Sawyer, will be a series regular for season 5. He is expected to appear in the new season as Ralph Dibny/The Elongated Man but at what capacity is unknown.

The cast is growing quite large. All of last years series regulars, sans Neil Sandilands who played Devoe/The Thinker, are returning. Then you add Nicolet, and on top of that, at least two more: Sawyer, and Jessica Parker-Kennedy – who we found out is playing the daughter of Barry and Iris from the future, Nora West-Allen – will be series regulars or at least heavily recurring guest stars. Then, whoever the “big bad” ends up being, will most likely be a regular as well, which means the writers will have a lot of characters to juggle this season.

I kind of expected this to happen, Nicolet was a huge part of season 4, and now she is finally getting the title she deserves. I just hope they don’t promote her, and then squander her character.

Are you happy that Nicolet is going to be featured more? What do you want her story line to be in season 5?

No word on when The Flash will premiere, but it will be some time in the fall, most likely around October, like last year. When it does return it will air Tuesdays at 8/7c on The CW.

Next post THE SHINING Sequel DOCTOR SLEEP Has Found Its Lead, And He’s Pretty Great