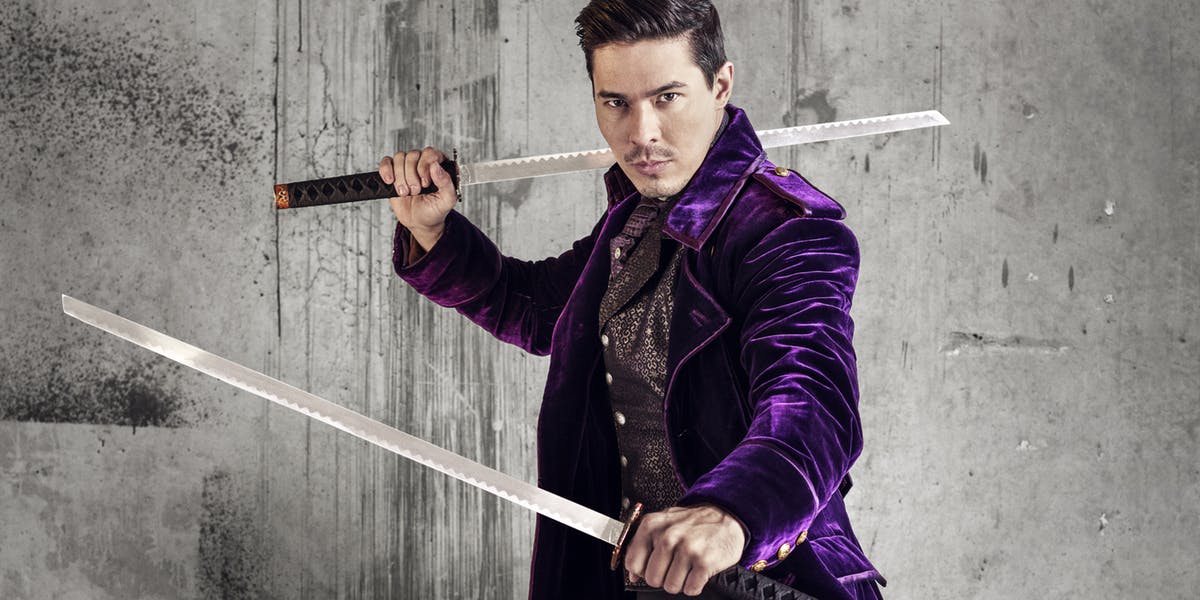 There are many actors who have had roles in both the Marvel movies, and the DC movies. Lewis Tan, who was seen as Shatterstar in Deadpool 2 and is featured in Into the Badlands, might be the next person to join that list.

Great meeting 🤔🔥 My father started in this business with Tim Burtons #Batman, soon will be full circle. #DC @TheDCUniverse pic.twitter.com/n8jmwTs1hI

As you can see, he is holding a stack of Batman books after a meeting with DC.  He also tagged DC’s new streaming service – The DC Universe – in his tweet. That would leave us to believe his role is for something there.

I would guess it is a live action role. Which means it is either for Swamp Thing, Titans, or Doom Patrol. Of course, it could be for all three if there is connective tissue there.

It would be great to see him as Nightwing, which can’t happen on Titans since Brendan Thwaites is playing Dick Grayson already.

But maybe it is for something else. Tan could have presumably just tagged “The DC Universe” thinking it is was for the fandom as a whole and not for the streaming service, which opens the door for many different possibilities.

It could be for Matt Reeves’ standalone Batman flick, or the handful of other DC projects that seem to be in development. It could also be for the Arrowverse.

To me, that is the most intriguing of the possibilities. We know that Batwoman and Gotham City are coming to the Arrowverse for the crossover next season. He could be a member of the Bat Family (not necessarily Dick Grayson) in that crossover as well. I wouldn’t rule out a villain either. Someone like The Riddler could be an option as well. The possibilities are vast, DC has a lot going on in movies and television.

Whatever the role, he will get to play in that world, like his father before him. His father (as the tweet mentions) had a role in Tim Burton’s 1989 Batman flick starring Michael Keaton and Jack Nicholson. Here is a picture of Philip Tan as the “Gymnast Joker Goon”.

We will see what Tan is up to in due time. If it is for the Arrowverse or one of the DC streaming shows, we should find out relatively soon. If it is for a movie, well, that could be a while.

Who do you want to see Tan play?

Next post The Creepy Trailer For THE LITTLE STRANGER With Domhnall Gleeson and Will Poulter Is HERE!