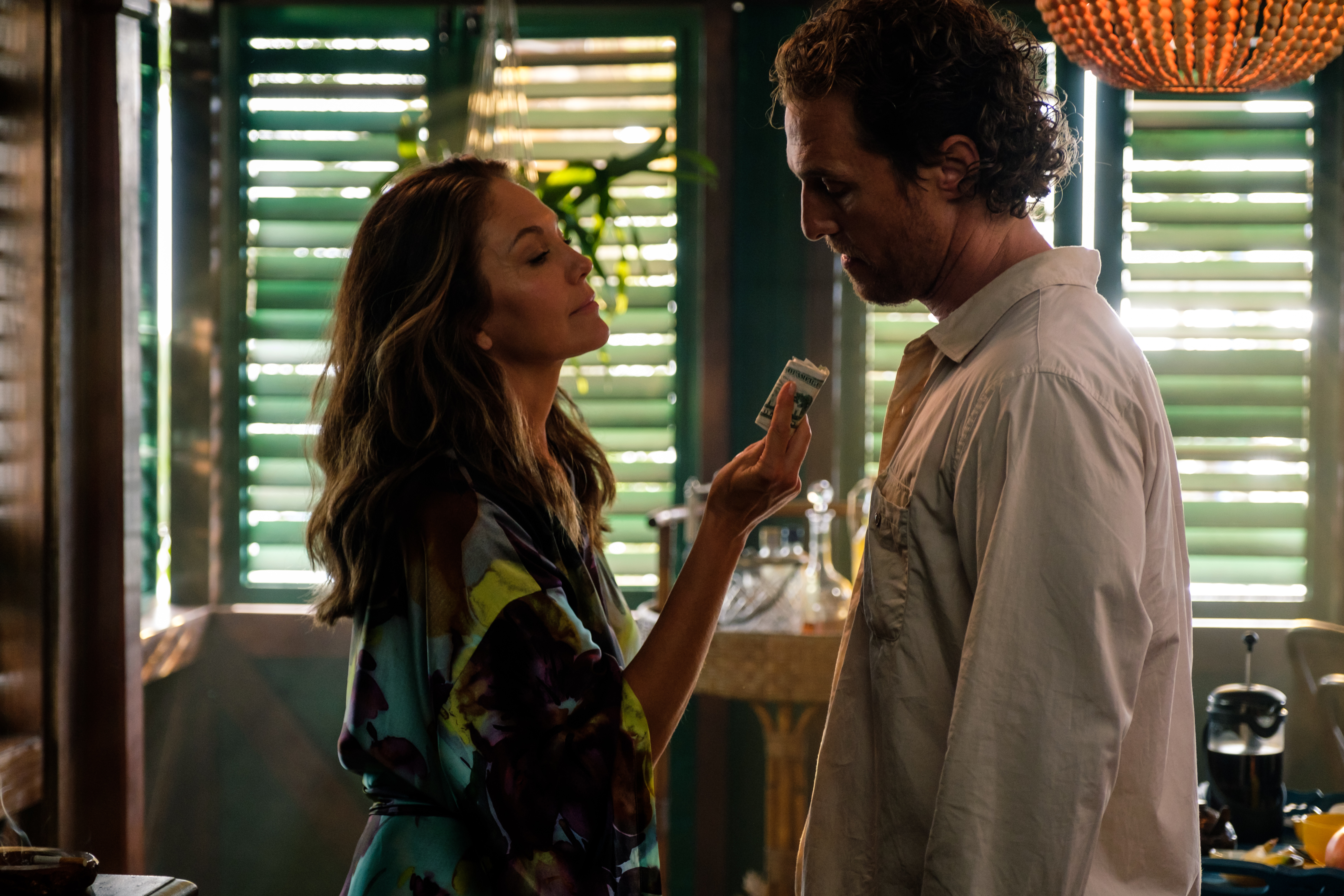 Matthew McConaughey stars in Serenity, the latest film from acclaimed director Steven Knight. Knight is best known for his work as the director of Locke, starring Tom Hardy, and Redemption with Jason Statham, but he’s also a formidable writer. Having penned Eastern Promises, and served as the creator and writer for TV series Taboo and Peaky Blinders, Knight is a proven commodity.

For his next thriller, Serenity, Knight has amassed a cast worth paying attention to. Aside from McConaughey, the film stars Anne Hathaway, Jason Clarke, Djimon Hounsou, Jeremy Strong, and Diane Lane.

Check out the first trailer and official synopsis for Serenity right here:

From the creative mind of Oscar nominee Steven Knight comes a daringly original, sexy, stylized thriller. Baker Dill (Academy Award winner Matthew McConaughey) is a fishing boat captain leading tours off a tranquil, tropical enclave called Plymouth Island. His quiet life is shattered, however, when his ex-wife Karen (Academy Award winner Anne Hathaway) tracks him down with a desperate plea for help. She begs Dill to save her – and their young son – from her new, violent husband (Jason Clarke) by taking him out to sea on a fishing excursion, only to throw him to the sharks and leave him for dead. Karen’s appearance thrusts Dill back into a life he’d tried to forget, and as he struggles between right and wrong, his world is plunged into a new reality that may not be all that it seems.

Serenity will arrive in theaters later this year on October 19, 2018.