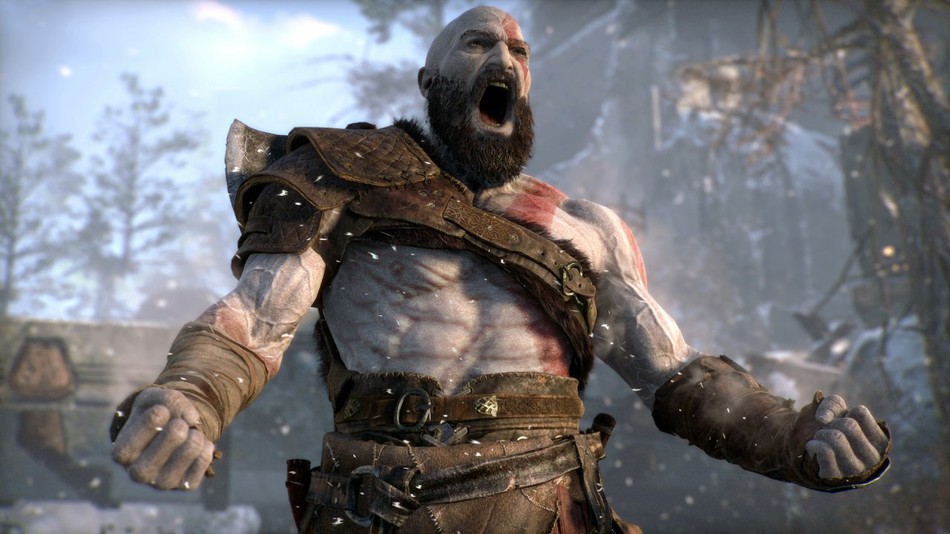 Hot off the trails of Pacific Rim: Uprising, Steven DeKnight already has his sights set on another property: God of War.

ComicBook.com asked him about potentially adapting the video game into a movie, and the Daredevil and Spartacus showrunner had this to say:

“I would love to see it,” DeKnight said. “Somebody had asked me about video games and I’ve always been a fan of God of War. I think the latest game was just so beautiful and phenomenal. I would love to tackle God of War movie or I would love to see somebody put that up on the big screen. Somebody asked me, ‘Well, who would you have to have Kratos?’ And immediately for me: Dave Bautista would be the man. I think he can do anything. You can do drama, real emotion, humor, action. What would I like to see from a movie like that? A bit of a tricky question because there hasn’t really been 100% success of translating a video game to a movie. It’s a very, very tricky process.”

He has actually had conversations with Sony (who owns Playstation and the God of War franchise) about what that would be and how to approach it.

“I had some early conversations with the good people at Sony PlayStation about it and my biggest thing is, look, you gotta approach it like a book,” DeKnight said. “Approach it like adapting Jaws. For people who’ve read Jaws, the movie is very different but they’re both fantastic. So you have to be able to take the source material and make it work as a movie. And I think that’s part of the reason oftentimes video game movies don’t work is because you can’t translate the video game experience into a movie. You gotta take the characters and the situations and the emotions and make it work for a movie. Which means a lot of times you’ve got to change things, which is very dicey obviously because you don’t want alienate video game fans, but you have to make a film that works within the context of a movie by itself.”

As for Bautista himself, he is totally game to star in a God of War movie:

😂😂.. it’s true! But if you really want something you gotta get after it! #DreamChaser https://t.co/CDVFl3XaPi

If this were to happen, DeKnight would definitely want it rated “R”.

“It’s funny because when I sat down with the Sony PlayStation people, one of the first things we both said is R-rated because I always use the original Conan the Barbarian as my touchstone, that it needs to be R-rated,” DeKnight said. “I don’t think there’s a way to tell that story and make it PG, nor should it be. And thankfully because of Deadpool, people are much more willing to try that R-rated there with genre work now, again. So, yeah, without a doubt R-rated. I mean not on as far as Spartacus, that was more NC-17, but definitely R-rated.”

So, what do you think of a God of War movie directed by Steven DeKnight and starring Dave Bautista? Does that sound like something you would watch? Would it “break the video game movie curse” as people like to talk about?