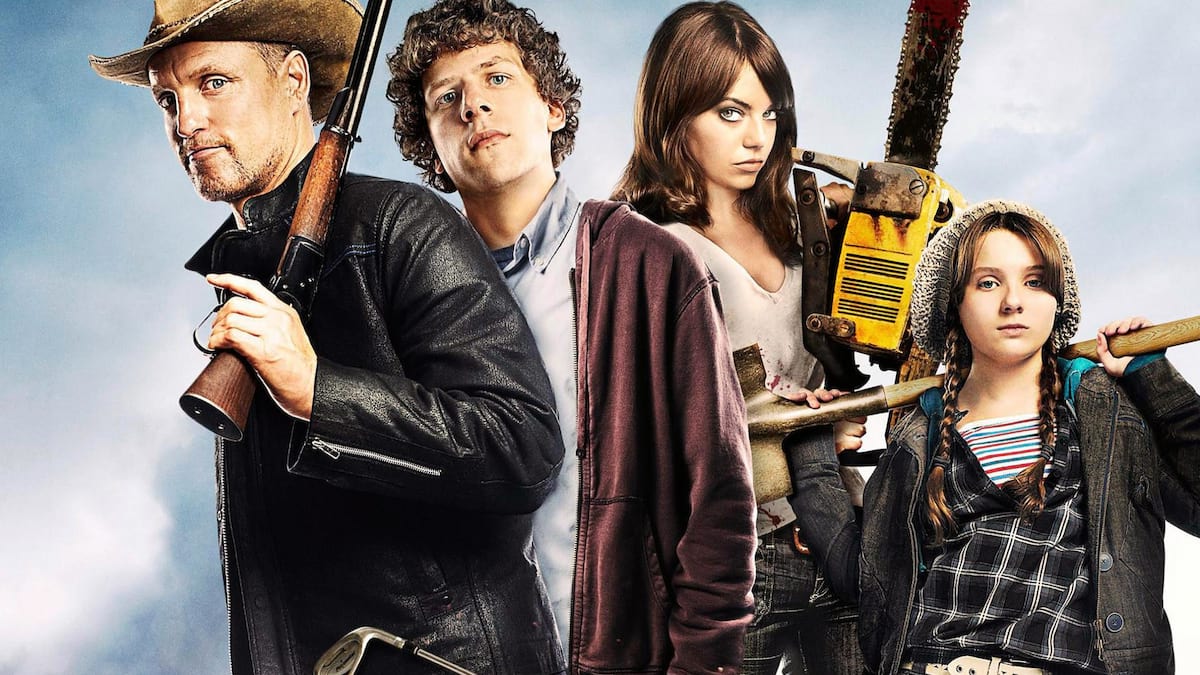 A few weeks ago, reports of possible story details for Zombieland 2 made its way to the Internet. However the latest news from Splash Report indicates that not only is there already a script out there for the film- it may have already been made in total secrecy. According to their sources, Sony Pictures was scheduled to do a test screening for a film titled “Zombieland 2: Double Tap” late Thursday night at Long Beach, California. Splash Report even shared a screenshot for the event on their article.

And then the story got even more bizarre.

After word about this possible screening hit the Internet, one of the invited audience members for the film screening reached out to Bloody Disgusting to confirm that they had received word that the screening had been cancelled. They too shared a screenshot for evidence of the canceled screening.

So what happened here? Did Sony Pictures actually manage to film Zombieland 2 with all of the old cast members of the original right under our noses? If so, did they cancel the screening because it was too far off from when they planned to announce the film’s existence and promptly release it? Or was it some strange Brazil-esque gaffe in the old Movie Screening System down in Southern California and the film still has yet to actually start production?

Personally I can’t make heads or tails of the whole thing. It’s not at all common for films like that to be made in such levels of absolute secrecy. The only examples of something like that happening that I can think of are the recent Cloverfield films from J.J. Abrams’ production company, Bad Robot. So it’s a possibility, but not one that I’d want to hedge my bets on.

But what about all of you? What are your thoughts on the matter? Do you all think there is already a Zombieland 2 that’s already shot, edited and out there somewhere waiting for audiences? Whatever your thoughts may be, please be sure to share them with us in the comments section below!