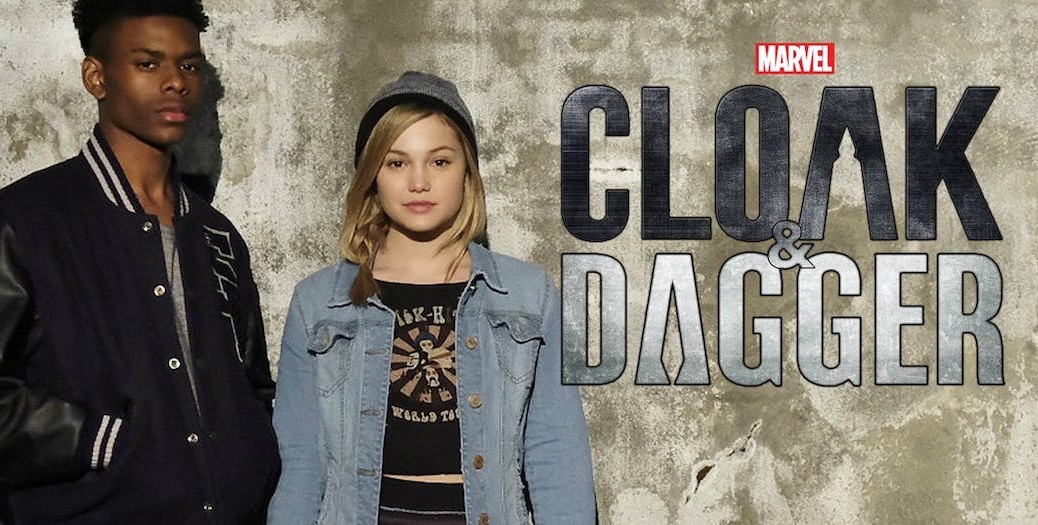 With just hours until Cloak & Dagger premieres, Marvel fans are in for a nice little surprise.

Cloak & Dagger executive producer Joe Pokaski confirmed to TVLine that the series will be connected to the greater Marvel Cinematic Universe. While Pokaski couldn’t say when and where the titular heroes may pop up, he did confirm that there have been talks about Olivia Holt’s Tandy and Aubrey Joseph’s Tyrone showing up in other Marvel properties.

We’ve had some exciting conversations about how we could artfully cross Tandy and Tyrone over [to other Marvel properties]. The beauty of these two is that they can show up anywhere [and it makes sense].

While on the subject of the MCU, Pokaski did confirm that the series’ first season will feature some Easter eggs, including Rosson Corp., which has already appeared in Iron Man 2 and Netflix series Daredevil and Iron Fist.

There are at least a dozen Easter eggs in the first season that Marvel approved, and a few more that I snuck in there. We’re excited to have Roxxon Gulf, our Louisiana version of Roxxon represented.

Tying Cloak & Dagger back to the greater MCU seems like a given after we’ve seen the Netflix shows and even the ABC shows like Agents of Shield and Agent Carter reference the cinematic universe. The real news here is the potential for Tandy and Tyrone to show up in other Marvel properties down the line and it feels like the Netflix and ABC shows would work perfectly thanks to how “grounded” those shows and Cloak & Dagger are. Many fans have already felt that another Marvel series, The Runaways, would be a good starting point for these crossovers.

Regardless of how Cloak & Dagger will fit in the greater MCU or when we may start seeing these potential crossovers, it’s nice to see Pokaski and Marvel are continuing to connect everything back to the cinematic universe, even if we may not see many of these TV characters interact with their film counterparts.

The two-hour series premiere of Cloak & Dagger will air tonight at 8 p.m. EST on Freeform.

Previous post The First HOW TO TRAIN YOUR DRAGON: THE HIDDEN WORLD Trailer Has Dropped!

Next post First Trailer And Poster For Drew Goddard’s BAD TIMES AT THE EL ROYALE Are HERE!