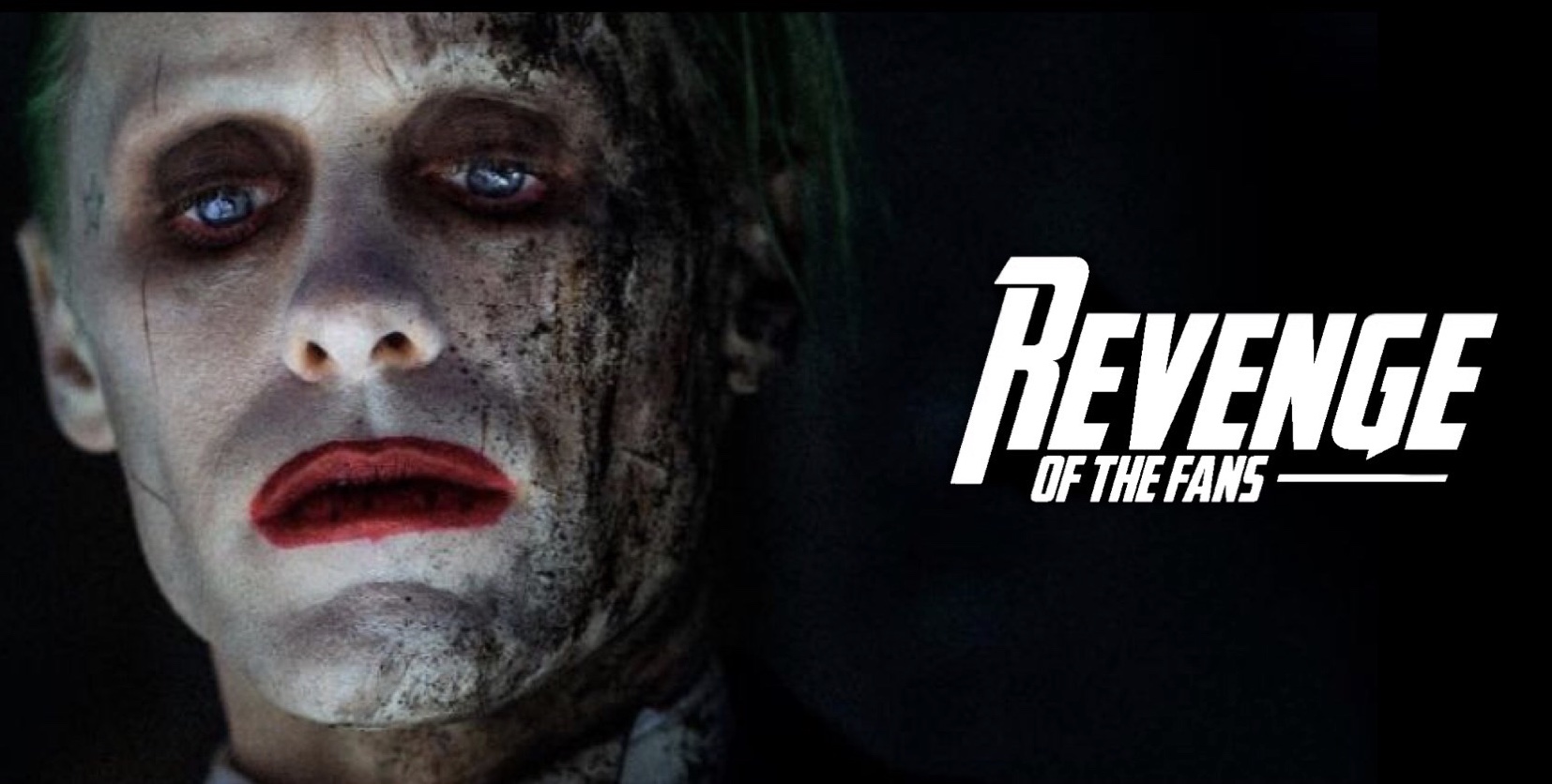 Earlier today, when we covered last night’s wacky news about DC Entertainment developing another solo movie for The Joker, we were careful to distinguish the nature of this “news.” While other sites were all too happy to run it as if Warner Bros. had officially announced that there’d be a new Joker film starring Jared Leto, we noted that Variety– which broke the story- clearly stated that they heard this information from sources. That’s very different than getting an official statement or press release from the studio.

But this is a frequent problem for DC, isn’t it? It’s a subject I’ve written about extensively in the past, but for the sake of this report, it’s best you familiarize yourself with this story I wrote a few months back since it’ll act as your baseline for what I’m going to cover here today:

“DC Turning Up Heat On Leaks, And Why That’s So Important“

First things first, let’s just discuss how long it’s taking for the new leadership to actually put an end to the leaks. I wrote that report back in January, and here we are in June still dealing with bits of unofficial information hitting the web in a major way. In a follow-up to that report, I shared with you some exclusive intel on the fact that WB/DC were working on a direct DC news source- a show that would act as the ultimate, official word on all DC-related news. As of a few weeks ago, I was told that this show is still in the pipeline and is expected to be a part of their offerings on the DC Universe streaming service when that eventually launches.

But until then, we’re still stuck here in…. The Leaking Zone.

So now let’s turn our attention to this Joker situation, since I think there’s some aspects of all this that require some serious scrutiny.

There are really only one of two things happening here, and regardless of which one is the actual case, I think this practice has to stop. But here are the only two realistic options:

Now I’ll break down the danger, and folly, of either option being true.

I should start by noting that I don’t, for a second, doubt Variety’s sources. That news outlet is iron clad, the real deal, and usually almost as legit as getting your news directly from the horse’s mouth. So if they’re reporting it, it’s because a trusted and carefully-vetted source really shared this information with them about a Leto Joker movie.

By running the story, though, they’ve really kind of done the film- and the DC brand- some damage. After the unfortunate reception of Justice League, which preceded all kinds of behind-the-scenes changes in their film philosophy, the brand needs to come off as poised, focused, and like they have a real plan. Sites reporting every other week about some new DC movie does not give fans that impression.

If you’ve been following, in recent months we’ve heard about Michael Bay circling Lobo, Steven Spielberg working on a Blackhawk, Ava DuVernay pitched and was given the chance to develop a New Gods movie, Todd Philips prepping his Joaquin Phoenix Joker movie to film later this year, Birds of Prey and Batgirl inching closer to production, and those are all just off the top of my head. The problem is, like I said in that report from January that I linked to earlier, that there aren’t necessarily plans for any of these. Some of these are real, some of them aren’t. The difference is whether or not there’s an official statement in the report. If not, then they’re just ideas!

The studio takes a very interesting approach to developing these films, where they hire various creative teams to work on several variations of given projects, and then they hit “Go!” on the one that comes together the best. This isn’t exclusive to Warner Bros., mind you. It was recently reported everywhere that Quentin Tarantino was working on a Star Trek movie for Paramount, only for Simon Pegg to reveal a few months later that the QT story is only one of a few Trek scripts being worked on now, with the studio deciding later on which one will get made.

But it’s a huge public relations problem for WB/DC, because they don’t need- and almost can’t afford- to keep giving off the appearance that they’re developing all kinds of random movies when their own Holy Grail, Justice League, just fell on its face. They can’t continue to repeat the mistake of seeming so scattershot and reactionary.

So if Variety really did just leak this for the heck of it, they’ve done DC a disservice and I wish who ever was internally leaking every little brainstormed idea to the press would just stop.

If it’s the studio itself that wanted this to leak, in order to see what people would think of this idea, that’s even worse. Because it means they haven’t really learned the lessons they should have from the last couple of years of bad press and polarizing responses to their cinematic output.

Who ever it is within the studio that thinks this method is wise needs to be put on an extended leave of absence.

It’s perfectly fine to be pursuing all kinds of creative options, of course, but to throw all these ideas out into the world just to see which one “sticks” is the height of lunacy at a time when the brand is trying to rebuild itself. To paraphrase RTF contributor, and The Fanboy Garage co-host, Aaron Virola: Stop talking to me about movies like Booster Gold and a 5th Harley Quinn vehicle when you can’t even get Batman and Superman right!

To their credit, the only films they’ve actually announced are ones that show their priorities are in the right place:

Those are all realistic choices, based on their importance to the DC mythos and what the marketplace seems to want.

Everything beyond those films are in limbo, gestating until the scripts, budgets, casts, and directors are lined up. And that’s fine, but they need to keep all of that stuff under wraps. If they’re purposely leaking these other half-baked “plans” then something has seriously got to give because this not a good look for a movie studio.

Though, I hate to say it, but I know for a fact that they do dabble with the “public focus-grouping” stuff. I’ve had conversations with folks behind-the-scenes who’ve flat out told me that “the studio is keeping a close eye on the online chatter surrounding this rumor.” And while I applaud any studio that pays that much attention to what their fans want, I can’t help but feel that in this case, it’s more important that they present a clear vision and plan. Otherwise, they just come off like a dog chasing its tail.

Previous post INTO THE SPIDER-VERSE Adds Incredible Trio of Voices, Including An Oscar Winner, And Drops A New Poster!

Next post Is WB In For A Rude Awakening At The Box Office This Weekend With OCEAN’S 8?