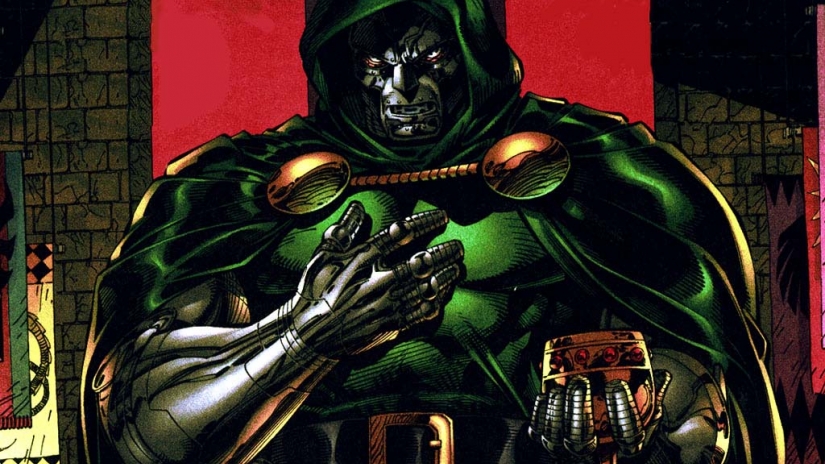 Let’s all be honest with ourselves: Doctor Doom has had some pretty awful luck over the years when it comes to movie adaptations. Despite being arguably the greatest villain in Marvel Comics, every attempt at bringing the character to life on the big screen so far has fallen flat on its face. And while some may have felt optimistic towards the prospects of Legion and Fargo auteur Noah Hawley helming a Doctor Doom solo movie for Fox, it seems that the old rotten luck might be striking again.

“I wrote a script that I really like and the studio really likes. It needs a little work,” Hawley told Vulture in a recent interview. While that quote in and of itself isn’t at all bad news, the auteur added that it’s unlikely audiences will be seeing the Doctor Doom film any time in the near future. This is due to two roadblocks, according to the director.

First is that Hawley is weeks away from starting work on an astronaut drama starring Natalie Portman and John Hamm first, titled Pale Blue Dot. Once that film is finished, Hawley says that he hopes to do the Doctor Doom film.

The second issue is Disney’s impending purchase of 20th Century Fox Studios- the company which currently owns the rights to the Doctor Doom character. As we all know, Disney are the parent company for Marvel Studios, so it stands to reason that once the merge is finalized, the folks at Marvel Studios will want to incorporate all of the Marvel characters owned by Fox into the Marvel Cinematic Universe. Hawley adds, “They may have a plan of their own in a desk drawer. I just don’t know. So, I think there’s sort of a sense of uncertainty.”

What do you think? While I wouldn’t be surprised if Hawley’s concerns prove to be accurate, I personally would love to see some sort of compromise made between Hawley and Marvel Studios if the merge goes through. Surely there are ways for Hawley and Feige’s team to incorporate his vision for the ruler of Latveria into the MCU? But again, what do you all think? Be sure to share your thoughts with us in the comments section below!

Next post As Disney Prepares To Take A $50-$80M Loss On SOLO, Analysts Blame The Film’s Woes On Marketing