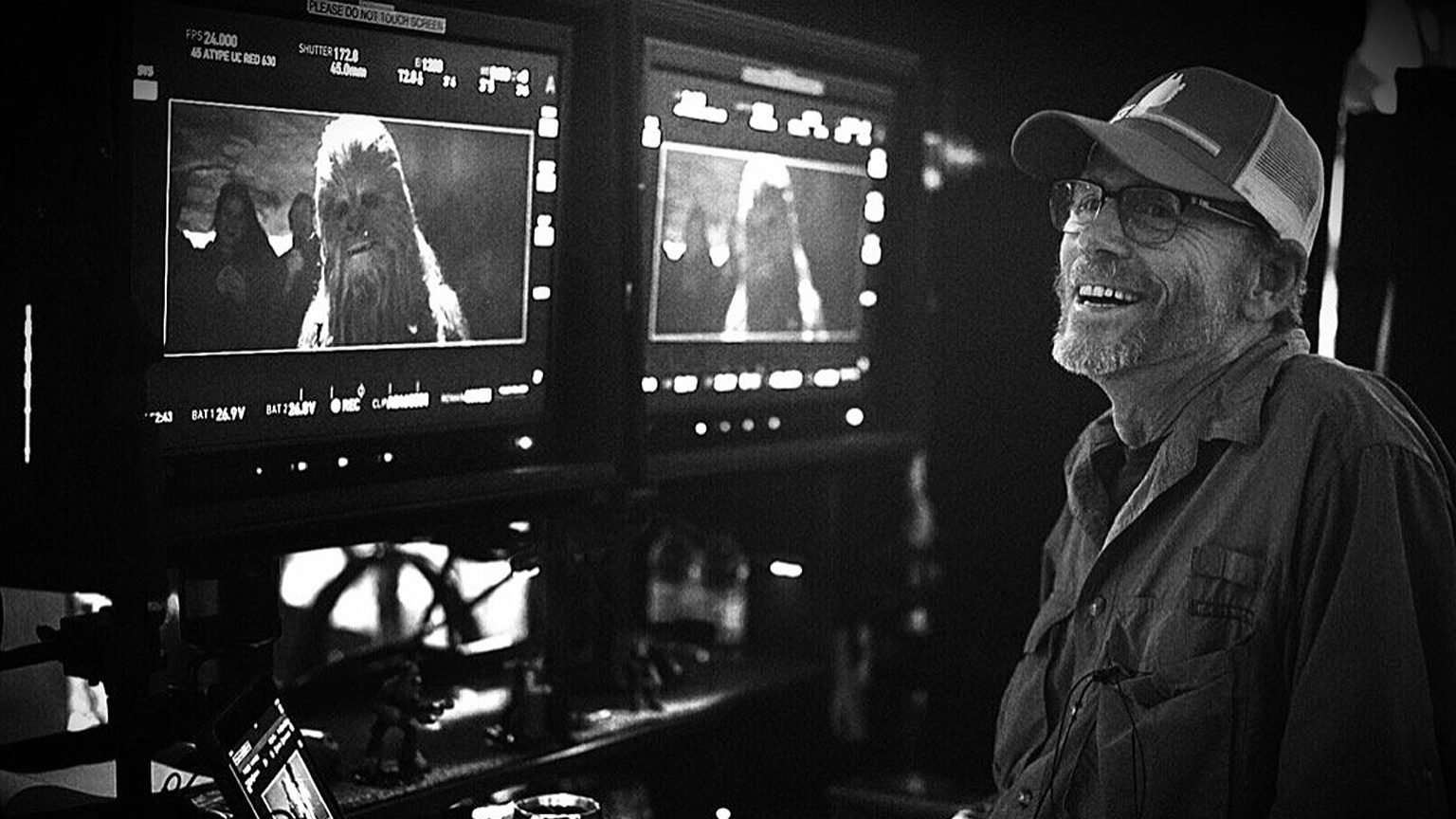 Last month, we published a report based on something stated by an unnamed source for the Wall Street Journal. In that report, we revealed that- according to them- Ron Howard reshot roughly 70% of Solo: A Star Wars Story when he came on board to replace Chris Miller and Phil Lord. Now we’ve got the closest we’ll get to an official confirmation of that figure by way of some recent comments made by the film’s editor, Pietro Scalia.

But that’s not all.

During an interview with /Film, Scalia also shined a spotlight on something I don’t think has gotten nearly enough attention:

The fact that Paul Bettany’s work was Dryden Vos is 100% the product of Howard’s reshoots.

On last week’s The Revengers Podcast, Vanessa, Brett, and I all took turns praising what a fantastic job Bettany did with the character. At the time, I don’t think any of us had a clue that Bettany boarded the project very late in the process and that he- in fact- was the replacement for Michael K. Williams, who played the character when Lord and Miller were at the helm. The actor has revealed that, due to a scheduling conflict, he couldn’t return to the set to redo his Dryden Vos scenes when Howard took over, so the new director brought in his The Da Vinci Code star to take over the role.

There’s lots to discuss here, including how it was Bettany who planted the seed for Howard to cast him in the film, but first let’s get to Scalia’s comments.

Scalia described the very unique situation he encountered once he started work on Solo: A Star Wars Story, because he couldn’t build on the work of the previous editor since the film was basically starting over from scratch under Howard. It’s here that he confirms that “Howard reshot 70% of the movie” rumor, even implying it was more than that:

“It was different. I wouldn’t be mixing and combining, it’s completely different. It’s just that once Ron came on, it changed completely and over 70% of the film was re-shot. At the same time, when I came on, I had to start back from scratch. I was not building on something that was already built. I worked for a few weeks with Chris and Phil. I did start back from the beginning building the scene – the only way I could actually understand the material, no disrespect to who was there before me, the other editor. It was simply that in order to understand how to build it, you need to know the material and you need to start at the base.”

The Bettany stuff comes up in this next answer, where he describes how a scene where Han and Qi’Ra are reunited after many years apart got a major facelift when Howard came aboard:

“It’s a very delicate point, but also a very critical point in the story. They haven’t seen each other for several years, how do they react to each other? That scene was shot several times. The first time around, when Chris and Phil were there, there were different actors, different blocking. Ron wanted to do something different and we shot it. It was not so much the performance, it was more about blocking and moving the camera, getting a little bit more of the environment and the party.

“We also had Paul Bettany come in as a new character, so things changed a lot. So we shot that again. We went back for a pickup and re-shoots and we went back to do a few more lines between the two of them, so we incorporated the first shoot Ron did and the second time around.”

That last bit confused me, so I had to go do some research to see what he meant. As it turns out, Scalia misspoke here, since Bettany didn’t “come in as a new character.” He was playing the very character that Michael K. Williams had been forced to abandon, Dryden Vos.

Beyond this putting my mind at ease, since it meant that Howard wasn’t lying when he said that they didn’t add any new scenes/characters, but rather just re-shot what was already there, it also surprised the heck out of me. Bettany’s work really is stellar, and it’s wild to think that it was added in reshoots.

As I research the Bettany aspect of this story, I came across a cute little story the actor told on Jimmy Fallon regarding how he ended up in Solo: A Star Wars Story. Apparently, he sent his Da Vinci Code director a text that simply read, “Have you ever spent long winter evenings wondering why you’re not in the Star Wars franchise? I have.” That was apparently enough for Howard to give him the part. Funny stuff.

As for Scalia, he also confirmed that there are entire scenes from Lord and Miller’s work that remain in the theatrical cut of Solo:

“There were certain things that Ron retained from Chris and Phil, full scenes, but it was because of logistics and not being able to go back on location. It was never cross-contaminated.”

Finding those scenes will be easier said than done, though, since- as we discussed on the show last week– this film doesn’t suffer from Frankenstein-itis. It actually feels like the work of one, cohesive creative team. But feel free to speculate which scenes were the work of Lord and Miller. We’d love to hear your best guesses!