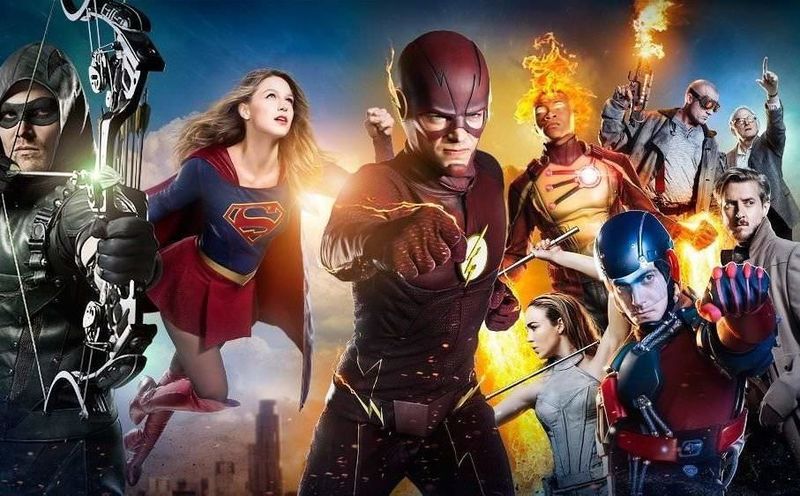 It has been an annual event for Arrow and The Flash – later joined by Supergirl and Legends of Tomorrow to crossover. The last one they did “Crisis On Earth-X” was one of the best live action things DC has ever done. With every show except Supergirl over already, the hype for next year’s event has already begun.

Stephen Amell, who plays Oliver Queen in Arrow, was at the CW Upfronts to announce that this year’s crossover would involve Batwoman and Gotham City.

When asked about it at Heroes & Villains Fan Fest in London, Amell, was naturally coy:

“I know the entire story of the crossover,” Amell told the audience. “It’s awesome, and I can’t talk about it at all.

Amell also wouldn’t give speculation on who should be cast as Batwoman. It makes sense, as he will have to work with whoever is cast, and saying he prefers someone over someone else would be a bad look. Diplomacy was the best option for that question. You can watch the video of Amell talking about it below.

It will be hard to top “Crisis On Earth-X.” The 4-part event showed the heroes battling present day Nazis from an alternate Earth. The story for the one involving Batwoman is unknown. But Amell did say he would be fighting with her, so they will have a common enemy. It would be great if they could get a few more Batman characters from his rogues gallery, but whatever it is – the threat will be great for the Bat-Family to be involved.

My one hope is that this years crossover let’s Supergirl bring Martian Manhunter and Superman over from her Earth. Or, have this one take place on Supergirl’s Earth and use those characters. The use of Superman and Manhunter would really elevate the crossover to the next level.

We should be hearing about the casting of Batwoman soon. I assume they are casting with a possibility of a future spinoff, so expect someone with a clear schedule that The CW can afford.

Who would you cast as Batwoman? What do you want the story to involve?

Previous post Woody Harrelson Confirms His Involvement with VENOM (And Its Sequel!)