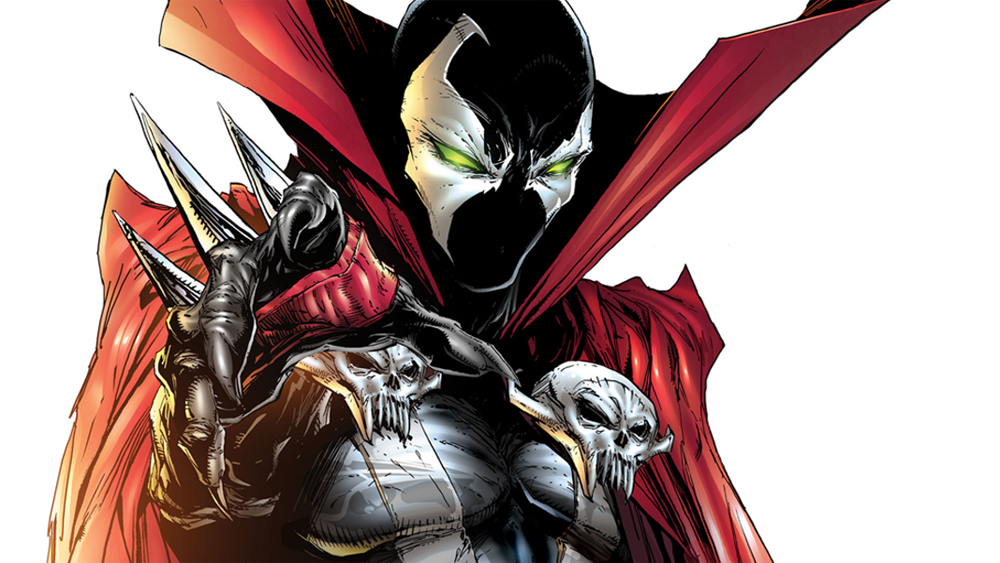 Jamie Foxx’s last turn in a comic book movie was forgettable at best (he was Shocker in The Amazing Spider-Man 2) but now he has found his next foray into super hero territory.

According to Deadline, Foxx has signed on to play Spawn in a movie by Spawn creator Todd MacFarlane, who will also direct. This acts as the confirmation of a hot rumor we reported on last month.

MacFarlane has said that he wants this version to be unlike any other superhero movie, which means it will be a vast departure even from the last live action version of Spawn, when Michael Jai White played the role.

“It confuses people because of the comic book industry, and because they all default into their Captain America mindset and I keep saying, no, get into John Carpenter’s mindset or Hitchcock. This is not a man in a rubber suit, it’s not a hero that’s going to come and save the damsel. It’s none of that. At the end of the movie, I’m hoping that the audience will say either, is this a ghost that turns into a man, or is it a man that turns into a ghost? I’ve got a trilogy in mind here, and I’m not inclined in this first movie to do an origin story. I’m mentally exhausted from origin stories. Luckily, there’s a movie that just came out that helps my cause. In A Quiet Place, the first thing on screen is a card in black and white letters that says Day 89. It doesn’t care about what happened in those first 88 days. There are a couple headlines, but then we are on day 450. That movie doesn’t worry about explaining and giving all the answers. What it said in that case was, if you can hang on for a story of survival of this family, this movie will make complete sense for you.”

MacFarlane said he always envisioned Foxx for the role, and didn’t want to consider anyone else if Foxx was still available.

“Jamie came to my office five years ago, and he had an idea about Spawn and we talked about it,” McFarlane said. “I never forgot him, and when I was writing this script, you sort of plug people in, and he was my visual guy and I never let go of him. When I got done and my agents and everybody was talking about what actor, I said, I’m going to Jamie first and until he says no I don’t want to think about anyone else because I’ve never had anyone else in my head. Luckily, he hadn’t forgotten either. I said, ‘Hey, I’m back to talk about Spawn again, and he was like, let’s do it.’”

Jason Blum, who will be producing this film under his Blumhouse label had nothing but praise for Foxx as well.

“We are thrilled Jamie Foxx will be playing the title role in our movie adaptation of Spawn,” he said in a statement. “He is an incredible actor and a huge fan of the Spawn Universe that Todd McFarlane created. With the depth of talent Jamie can commit to the role and Todd at the helm bringing the world of Spawn to life, we could not be more excited for this film.”

Everyone seems on the same page, which is great. The original Spawn film has a large cult following, and so hopefully this one can satisfy those fans, while bringing in new fans to discover the character as well.

What do you think of this casting news? Is Foxx the perfect choice, or do you have someone else in mind?