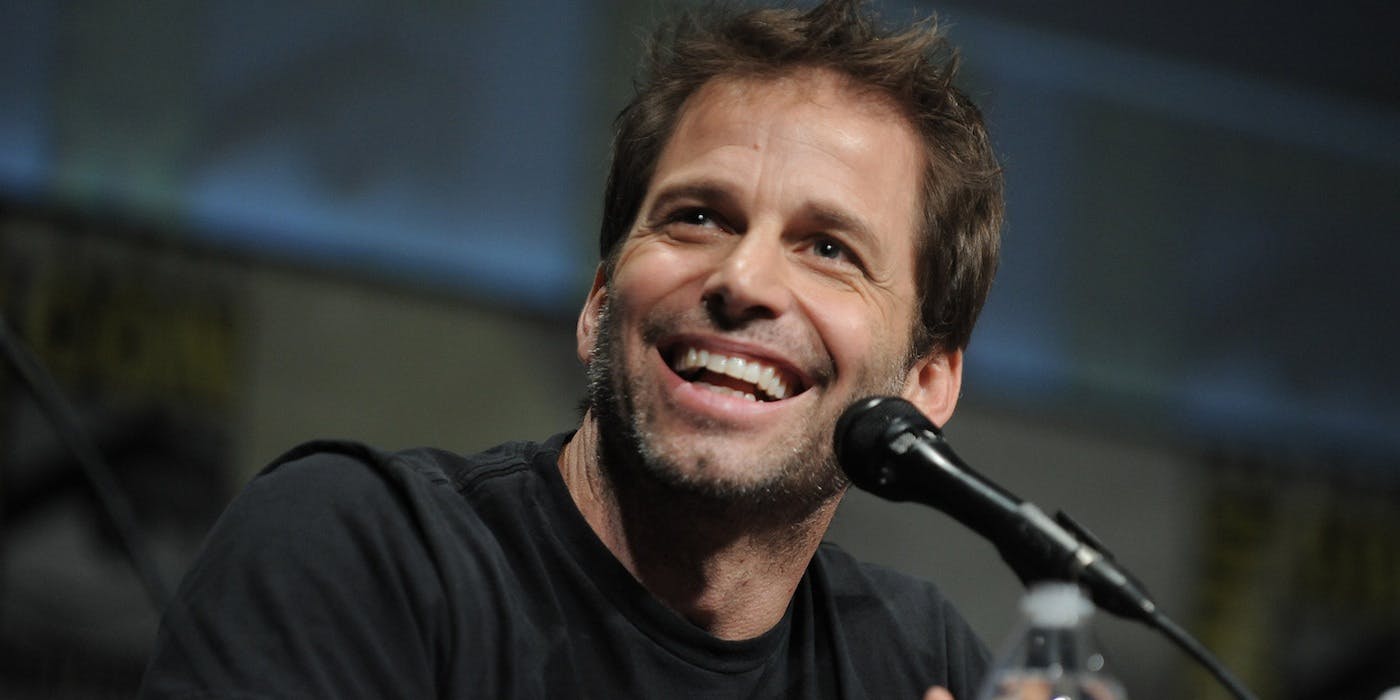 While it was widely known that Zack Snyder was working on a war film called The Last Photograph for some time, with plans to make it his ninth feature film in the director’s chair, it looks like the filmmaker has opted to go a different way now. The director responsible for films like 300, Man of Steel, and Batman v Superman: Dawn of Justice recently answered a fan question on Vero about what he’s working on next, and it’s an adaptation of Ayn Rand’s The Fountainhead.

When asked about what he’s working on next, Snyder responded bluntly, “Fountainhead.”

This shouldn’t come as a total surprise, as it’s been known for a while that Snyder was interested in doing a new adaptation of Rand’s seminal 1943 novel, which last got the cinematic treatment in 1949. If you’re unfamiliar with The Fountainhead, here’s a brief summary of the book’s central premise courtesy of WikiPedia:

The Fountainhead is a 1943 novel by Russian-American author Ayn Rand, her first major literary success. The novel’s protagonist, Howard Roark, is an individualistic young architect who designs modernist buildings and refuses to compromise with an architectural establishment unwilling to accept innovation. Roark embodies what Rand believed to be the ideal man, and his struggle reflects Rand’s belief that individualism is superior to collectivism.

Considering the awful and unfair situation he just endured at the hands of Warner Bros., this premise sounds like it’ll be ripe for the director to mine for maximum impact. After all, the studio clipped his wings, deprived him of his singular vision, and basically turned his Justice League into a director-by-committee effort. So it should be pretty interesting to see what he does with The Fountainhead, since he’s notorious for working deeper themes into his works, and the film could be used as a metaphor for what he just went through.

For me it sort of calls to mind, of all things, the movie Chef.

Yes, I know, that sounds like a bizarre comparison, but hear me out:

After being burnt out by his experience on Iron Man 2, and the rejection of Cowboys and Aliens, writer-director Jon Favreau retreated away from the big studio system to make Chef. The deeply personal, low-budget indie told the story of a chef who rose to fame because of his bold cooking style, was hired by a major restauranteur, lost his identity and the freedom to make creative choices, and ended up having to walk away from that after a public meltdown, only to find his love and passion for cooking again by way of starting a food truck.

The whole thing was a thinly-veiled metaphor for what happened to his filmmaking career. The movie Chef was Favreau’s food truck.

It’s a beautiful film, and it was no doubt very therapeutic for Favreau, as after it came out he triumphantly returned to the world of big, blockbuster filmmaking with Disney’s The Jungle Book, and has since lined up high-profile projects like The Lion King and a live-action Star Wars TV series.

Here’s hoping The Fountainhead gives Zack Snyder the same kind of creative outlet and allows him to wash out the bitter taste that no doubt lingers on his tongue after his experience on Justice League.

Heck, when you consider the nasty way in which Justice League was ripped from his hands, you could argue that- technically- The Fountainhead will be Snyder’s eighth film, not his ninth.