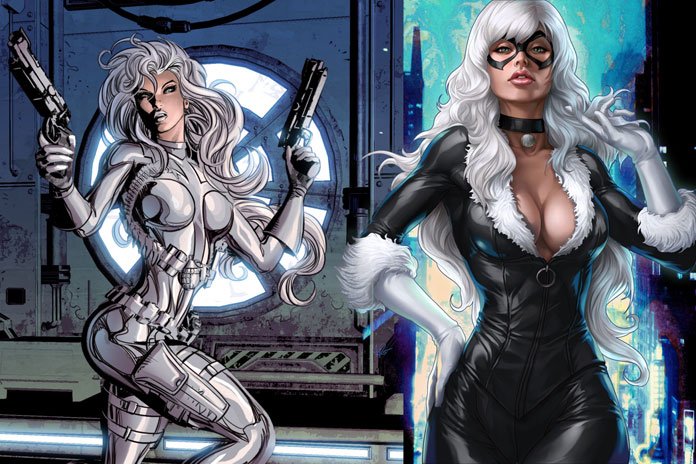 A few of months ago, we reported that writers had been hired for the Sony production Silver And Black, and there hasn’t been much else to say about the project since. As of now, all we really know is that the film will center on two femme fatales from the Spider-Man mythos known as Silver Sable and Black Cat. Similar to Venom, the film isn’t expected to have any overt ties to the Marvel Cinematic Universe, as Sony is merely trying to mine the other characters in their library while it shares ownership of Tom Holland’s Peter Parker with Marvel Studios.

Other than rumors that one of Silver and Black‘s leads could be introduced in the sequel to Spider-Man: Homecoming, which Kevin Feige quickly debunked, that’s pretty much all we’ve heard about the project in a bit.

During a recent interview, the film’s director Gina Prince-Bythwood offered a brief update on the project, which amounts to the idea that they’re still trying to crack the script for Silver and Black. Here’s what she said when asked to offer an update by ScreenRant:

“The update is just really pounding out the script. It all starts with the script. You gotta have a great script so we want to make sure that’s right before we jump in.”

That’s a wise priority, as they’re going to have to come up with something truly special to entice skeptical fans to give this film a chance. As it stands, no one knows how the public is going to take to Tom Hardy’s Venom because of the simple fact that it’s about arguably the most popular Spider-Man character other than Spider-Man…yet it seemingly won’t have any real ties to the what’s going on with the current cinematic Spider-Man!

The whole situation is really rather confusing, as there have also been rumors than Tom Holland could pop up in Venom in cameo as Peter Parker.

Therefore, making a compelling case for Silver And Black should be a top priority, and I suppose that would have to start with a script that blows the studio away. Here’s hoping that writers Geneva Robertson-Dworet and Lindsey Beer are up to the task!

What are your current feelings about this project?

Next post Zack Snyder Has Seemingly Confirmed What His Ninth Feature Film Will Be, Scrapping Old Plan