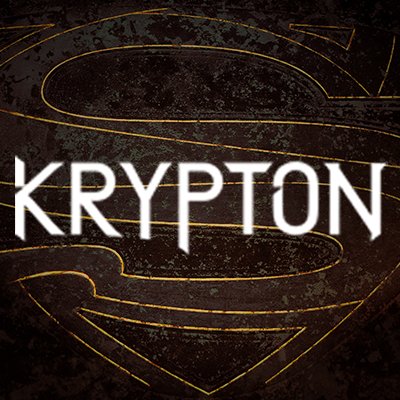 “Seg races to save his city from being taken over as the bottling of Kandor begins.” (SyFy)

When Krypton begins its season finale, we really see what a dystopian society Krypton is becoming. Between the crazy weather anomalies, and Braniac using telekinesis to explode Sagitari ships trying to attack him, Kandor is a bit of a fiery blaze. The way Braniac captures a city is shown. We see his ship hover over the city, it’s tentacles gripping in to the ground, ready to rip it out once the protective glass dome encases the city. Seeing it happen in live action, is not only suspenseful, but obviously, far more horrifying then how it looks in comic books! We learn that when Braniac captures a city, the inhabitants are left paralyzed, but their minds are left functioning, so Braniac can study them. So sure, he promises eternal life and you get that, but being a motionless test subject, is a terrible way to live. Arguably, a fate worth than death, in my opinion. Also, full blown Braniac, in both portrayal and visuals, looks even more incredible. Braniac is even more imposing, stoic and emotionless, compared to his sentry, the Voice of Rao. The choice of using prosthetic makeup to create the look of Braniac was a good one. Sure, he looks great in a still photograph but it’s even more spectacular seeing him in motion, interacting on screen. This is literally Gary Frank’s rendition of Braniac, sprung off the page.

Trying to cling to any hope to save Kandor, and Krypton, General Zod and Lyta head to the Fortress, telling Seg and Nyssa, that Val-El is alive in the Phantom Zone. As Zod narrates the tale, we as a viewer see flashbacks to the pilot. Here, we see as Val-El walks towards the black hole that would be his death, in the pilot, he has a device that connects him to the Phantom Zone. He transports himself there, right at the last possible moment. I liked the way in which this moment in the finale, comes full circle with the pilot episode. We get some information about the Phantom Zone, in that it is disconnected from normal space and time. This explains how Val-El was able to study and track Braniac in different spaces and times. It also explains how he was able to interact with General Zod, who had been put there, well after Val-El was there. The reason Val-El had been trapped in the zone for 14 years, is because General Zod stole the device to escape the Phantom Zone himself. This is more like the General Zod, we’re used to. After a quick jaunt into the Phantom Zone to retrieve Val-El, and his reunion with Seg, Val tells the group that while in the zone, he saw several possible futures, none of which, had them defeating Braniac. Not only did this remind me of Doctor Strange saying something similar in Infinity War, it also kept the outlook for the finale pretty grim, as Superman’s cape kept dissolving.

As Zod, Seg-El and Val-El argue over what is the best course of action to save Krypton, Lyta-Zod and Nyssa-Vex secretly head off to fulfill their own objectives. As I said previously, Lyta launches an attack with her Sagitari, but Braniac quickly lays waste to them. Meanwhile, Nyssa heads to the Genesis chamber to retrieve the birthing pod with  her and Seg’s, as of yet unborn child, Cor-Vex. While there, she meets Jax-Ur, who takes the opportunity to try and recruit Nyssa to Black Zero. She tells Nyssa that she is a clone, explaining that she was with her mother when she had an accident. While her mom was killed, Nyssa was severely wounded and paralysed, so she had a conscience transplant. Her mind and memories were transplanted into her clone. Once again, actress Wallis Day’s reaction, was some of the strongest acting and was filled with emotion and pain! I don’t know, if she’ll join Black Zero, but Nyssa takes Jax-Ur to the Fortress to see Val-El at episodes end. I think these 3 will be a vital alliance next season.

At one point during the finale, it seems General Zod double crosses Seg-El, when he offers to trade Val-El, who has knowledge of the past, present and future, which will help him in his conquest of other cities across galaxies. All in exchange for Braniac sparing Kandor from capture and Krypton from destruction. Braniac agrees and Zod takes him to the Fortress of Solitude. In reality, this was a plot to lure Braniac to the Fortress of Solitude, to trap him in the Phantom Zone.  The rouse works, and Superman’s cape starts to reappear. History and the future are safe,  until Braniac’s tentacles grab Seg and sweeps him up into the Phantom Zone. Following this, General Zod destroys the console, that can open and closes the zone. At this moment, there is a close up of Superman’s cape, which changes color to black, and the house of El symbol morphs to the Zod emblem. We then see Zod at the military guild, drafting all rankless military soldiers into the army. He says that Krypton will never be weak again, and hat they will explore other galaxies and conqueror. Those who do not fall in line will KNEEL BEFORE ZOD! Colin Salmon’s delivery of this epic line is forceful and intimidating, somewhat of a cross between Terrence Stamp’s Zod and Michael Shannon’s Zod. We then see one of Braniac’s bottled cities. It’s Earth. Adam Strange is there, amongst a multitude of paralyzed citizens. The camera pans around to reveal a statue of General Zod. This is clearly a nod to the scene of the Statue of Liberty in Planet of the Apes. The final scene takes place in an underground chamber on Krypton. Three punches smash through the containment chamber door and Doomsday lets out a roar. This scene was a great recreation of Dan Jurgens comic book work, replicating that moment. Also, and I hate to have to admit this, but Doomsday, on a TV budget, looks better than the Doomsday in BvS on a film budget.

The season finale of Krypton left me with questions. In this alternate future, is Kal-El born and later raised by General Zod? Or, is it possible the person that cape belongs to in this altered timeline, is none other than General Zod’s child? Then again, the Zod statue on Earth may suggest that Zod is the “Superman” of this altered universe, and he has conquered Earth. Thankfully the show has been renewed for a second season, so we will hopefully get answers to the questions raised in this incredible episode. Krypton saved the best for last with this one!

Next post Is Billy Dee Williams Gearing Up to Reprise Lando in STAR WARS: EPISODE IX?