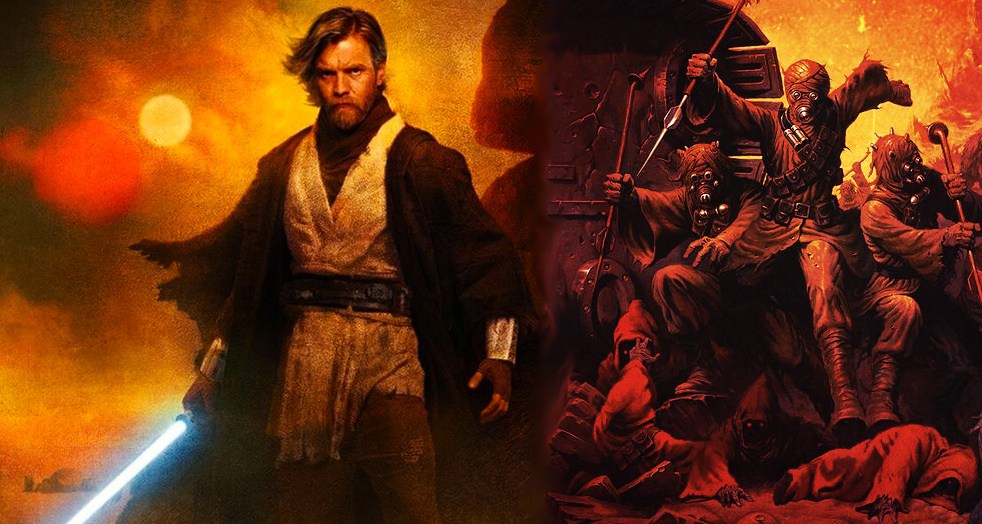 Last week, some rumored plot points for the Obi-Wan standalone (rumored to be called Kenobi: Star Wars Story) movie hit the net, and now we’ve got news about a possible villain. It would appear that fans clamoring for updates about the film, which has been in development since last year, should feel quite lucky right now.

According to our pals at Omega Underground, a major villain from the once-thought-defunct Star Wars Legends canon seems to be getting dusted off for Kenobi: A Star Wars Story. And that would be none other than Grand Admiral Thrawn, who first appeared in the 1991 novel Heir To The Empire, and would go on to become a fan-favorite character, appearing in a series of books and on the animated series Star Wars Rebels.

I suppose it shouldn’t be that much of a surprise that Thrawn is making his way into the mainline canon, since Rebels is set there.

An audition tape has leaked onto the internet, featuring British actor Adam Templar in full blue Thrawn makeup, reading from a scene that references none other than Darth Vader. Due to Vader’s inclusion, and a bit of dialogue that mentions the hunting down of a Jedi, Omega has surmised that it must be for a Star Wars Story movie and not J.J. Abrams’s Episode IX. As of this writing, the only anthology film that would be at this stage of active casting would be Kenobi, since director Stephen Daldry has been working on the film since August of last year.

For those unfamiliar with Grand Admiral Thrawn, here’s a brief description of the character, courtesy of WikiPedia:

He is a Grand Admiral in the Imperial Navy, and categorically “the most brilliant of the Emperor’s minions”. A member of the alien Chiss species, Thrawn is described as a tall, solidly built humanoid with blue skin and glowing red eyes who wears the white uniform befitting his rank. He has risen in power thanks to his “tactical brilliance and cunning”, and has been described as “one of the most threatening antagonists” in the Star Wars universe. He is an unparalleled military strategist and tactical genius who has made extensive study of military intelligence and other cultures, and the Thrawn trilogy finds him commanding the remnants of the Imperial Fleet in a series of stunning victories against the New Republic.

And it should be noted that his rein of terror in the books begins five years after the events depicted in Return of The Jedi, so if this is for Kenobi: A Star Wars Story, it implies that they’re majorly tweaking his origin since this film will presumably take place between Revenge of The Sith and A New Hope.

Based on the dialogue in the audition scene, we get the impression he’s trying to finish the Emperor’s cruel bidding from Revenge of The Sith by hunting down and exterminating what little remains of the Jedi. But don’t just take our word for it, here’s the dialogue Templar reads in the audition tape:

Commander Farrow, I fear you worry far too much, let us just apply a little reasoning to our situition.

If I were Master Shakaar, where would I hide?

We know our Jedi is a man of solitude, nature, peace, comfort in these things he would find. So it is wise to deduce that a location of this sort would be of much interest to him, yes?

Okay, so the 132 worlds in this quadrant we can now narrow that down to a much smaller 28.

He would also try to avoid the established urban worlds as most of them are now under the command of the Empire. Hmmm..

Commander, set the coordinates for the penal system we leave here dearly. Oh, and, umm, alert Lord Vader. The noose is tied and set.

It is time to catch a Jedi.

Interesting stuff! What do you think? Are you excited about the prospect of Thrawn appearing in Kenobi: A Star Wars Story? Is it possible, based on this dialogue, that this could be for some other movie/story we’re forgetting about? Let us know!

Previous post HBO Reveals Their Cast For THE WATCHMEN

Next post The Odd Way In Which The ‘SHAZAM! Will Be DC’s DEADPOOL’ Comparison Actually Makes Sense