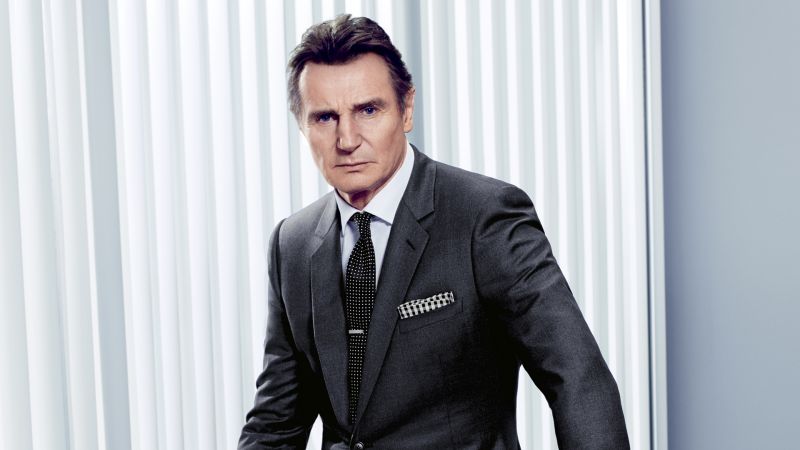 Men In Black 4 seems to be gaining steam. First, it was announced that Chris Hemsworth would headline the reboot/sequel. Then it was reported that his Thor: Ragnarok co-star Tessa Thompson would join him. Now they have found their third.

Variety reports that Liam Neeson has joined the cast as the leader of the U.K. branch of the MIB.

That is inspired casting to say the least. Neeson is known for gruff, serious roles, and even if he plays it as the straight man here, there will still presumably be a comedic edge to the role.

He is no stranger to comedy however – he was in scenes with Jar Jar Binks! He also starred as the villain in Seth MacFarlane’s Western Farce A Million Ways To Die in the West. He has a deadpan delivery that is perfect for comedy. Just look at this scene of him buying cereal from Ted 2:

I could definitely see him in a no-nonsense type “Zed” role. But I could also see him joining the fight with Hemsworth and Thompson, something that would have been laughable if Rip Torn tried to do it.

Men In Black 4 is not a direct sequel to the first 3, so expect a subtitle instead of the number 4. It is rumored to take place in the same universe as the originals, which means Agent J and Agent K exist, this is just the story of the organization in a different part of the world. That would leave the door open for a Will Smith cameo or future team up movie or something.

The cast already had my attention, now with the addition of Neeson, they are really trying to impress. We’ll just have to wait and see who they get as the villain, but with the movie being fast tracked so they can make next summers slate, we should hear something soon.

MIB 4 is being directed by Straight Outta Compton director F. Gary Gray, and is scheduled to be released less than a year from now on May 17, 2019.

What do you think of the Neeson casting? Are you excited to see him suit up and take on aliens and Chris Hemsworth one-liners?

Next post The First Look at AQUAMAN’s New Armored Costume Is HERE!