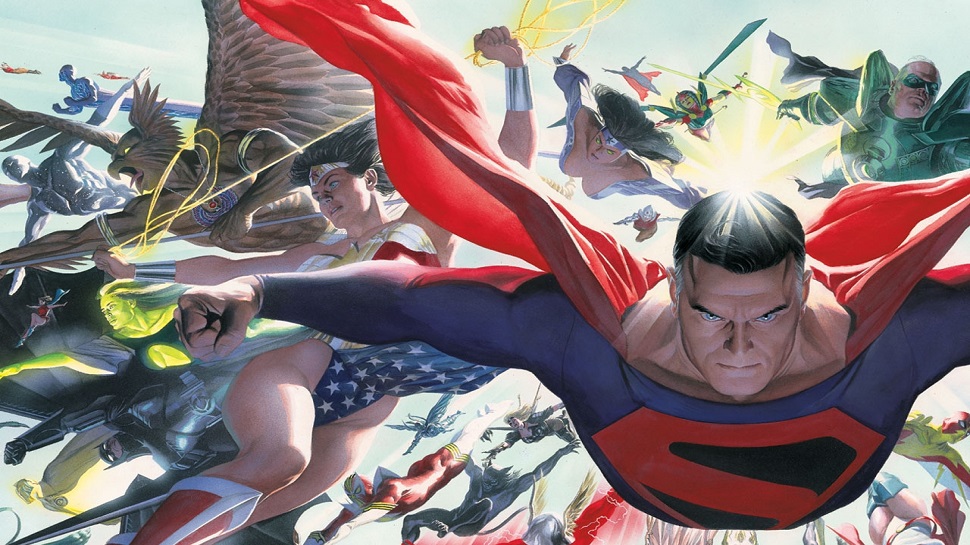 Kevin Smith is one of the most famous “Fanboys” in the world. His passion for superheroes and sci-fi is infectious, and he has become something of a voice for a lot of fans. Chris Hemsworth even had elements of Thor changed for Thor: Ragnarok because of what Smith said.

On Smith’s latest episode of his podcast Fat Man on Batman he says that he thinks Lord of the Rings director Peter Jackson would be good to do The New Gods – a job that Ava DuVernay already has. He then shifted to thinking he’d be good to helm the next Justice League movie.

Honestly, give him like, I know people will be like ‘too soon’ but let that motherf*cker at the Justice League, man, like suddenly you’d probably have the one you wanted to see, I would imagine. Maybe not.”

But then a fan dropped a suggestion, and Smith was 100% on board.

“Kingdom Come? F*ck yes!” he said. “Why aren’t you running a studio, man? Kingdom F*cking Come at the hands of that guy? Oh, we’d all Kingdom C*m.”

Crude joke aside, I can see it, and I am not even that big of a Peter Jackson fan. I love Kingdom Come though, it is one of my all time favorite DC books.

Here is a plot synopsis from Wikipedia:

Kingdom Come is a four-issue comic book mini-series published in 1996 by DC Comics under their Elseworlds imprint. It was written by Mark Waid and Alex Ross and painted in gouache by Ross, who also developed the concept from an original idea. This Elseworlds story is a deconstructionist tale set in a future that deals with a growing conflict between the visibly out-of-touch “traditional” superheroes, and a growing population of largely amoral and dangerously irresponsible new vigilantes, in many cases the offspring of the traditional heroes. Between these two groups is Batman and his assembled team, who attempt to contain the escalating disaster, foil the machinations of Lex Luthor, and prevent a world-ending superhuman war.

I always thought Jon Hamm would be an extraordinary Superman for this story. I hope one day I get to see it happen, with or without Jackson.

What DC property would you want Peter Jackson to bring to the big screen? I think he’d be perfect for The Flash since he has a proclivity for showing people walking and running.

You can watch the entire episode of Fat Man on Batman here:

One thought on “Kevin Smith Weighs In On What DC Project Peter Jackson Should Tackle!”